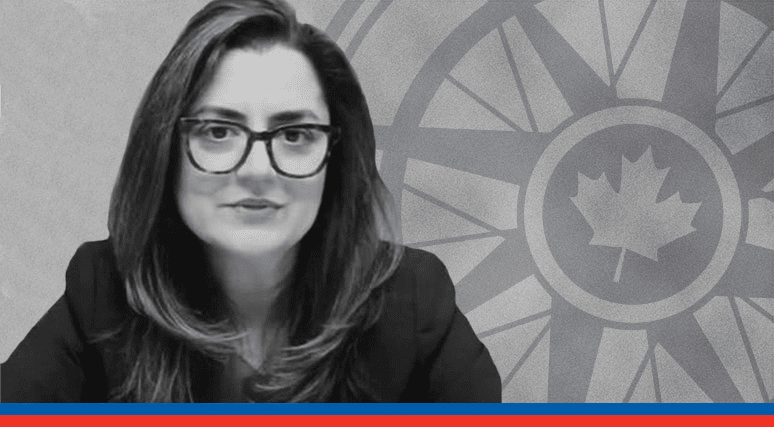 OTTAWA, ON (April 12, 2021): The Macdonald-Laurier Institute is pleased to announce its newest Senior Fellow, Mariam Memarsadeghi, who will examine the new techniques of authoritarianism with a particular focus on Iran.

Memarsadeghi will draw parallels to Russia, China, and other contexts to understand how Iran learns from, evolves alongside, and mutually supports other authoritarian regimes.

On the announcement of her joining MLI, Managing Director Brian Lee Crowley noted that “Mariam Memarsadeghi has developed a well-earned reputation for her fearless and bold advocacy in favour of a democratic Iran.”

“We look forward to having her join our already impressive and growing roster of leading human rights advocates.”

In addition, Memarsadeghi previously directed the Middle East & North Africa division at Freedom House and served in the Balkans for the International Rescue Committee and the International Organization for Migration.

According to MLI Munk Senior Fellow and Foreign Policy Program Director, Shuvaloy Majumdar, “it is hard to overstate the depth, record of success, and significance of Mariam Memarsadeghi in the world of human rights and democracy.”

“Her addition to MLI’s team further underlines that the Institute has become Canada’s premier platform for the best and brightest in foreign policy, and in particular for those who see the world’s authoritarians for what they really are.”

A leading commentator in the press, her writing has appeared in the Washington Post, the Wall Street Journal, the Jerusalem Post, and many more prestigious outlets. Memarsadeghi also coauthored a recent op ed for MLI on what an Israeli-Iranian peace deal would look like. Most recently, her expert commentary appeared in The Hill, arguing that long term peace and stability in the Middle East can only be achieved if the Iranian people are able to secure their own liberty.

As well, Memarsadeghi is a frequent speaker at universities and think tanks the world over. She was a 2017 Presidential Leadership Scholar and has been recognized by the Bertelsmann Foundation and the German Marshall Fund as a TransAtlantic Young Leader for her work promoting democracy and human rights globally.

“I am greatly enthusiastic to continue my advocacy for democracy and human rights in Iran, and look forward to advancing that work at the Macdonald-Laurier Institute,” says Memarsadeghi. “MLI is the foremost Canadian voice on these issues, and I am eager to add my voice to MLI’s exemplary thought leadership.”

Tensions in Turkey: Balkan Devlen on the News Forum