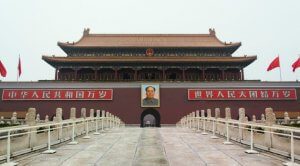 In a rich country like Canada, wrong choices won’t destroy the whole economy, just parts of it and the lives of the people who live in them, writes William Watson in the Financial Post. Below is an excerpt from the article, which can be read in full here.

Martin Ravallion of Georgetown University, who used to be director of research at the World Bank, has an interesting new working paper out that tries to estimate how much Mao Zedong and Maoism cost China in terms of economic growth and poverty reduction.

How China would have done without Maoism depends on what would have replaced it. Ravallion suggests that could have been “political capitalism” à la Taiwan and South Korea, two societies not dissimilar to China’s, with their “Confucian philosophical roots,” strong work ethics, reverence for learning, central importance of family, and so on. In 1950, after decades of regional and world conflict, all three countries were very poor, China poorest. But then the other two took off and China didn’t.

Mao unfortunately favoured the Stalinist path of forced industrialization and the collectivization of agriculture, with predictably disastrous results: a famine during the late-1950s Great Leap Forward that led to 30-40 million deaths. Then came the anti-bourgeois Cultural Revolution of 1966-76. South Korea and Taiwan, by contrast, left private farming intact and followed market signals in their industrial development.

The West should stop being a handmaiden to kleptocracy: Balkan Devlen in iPolitics

A few words of advice to Marc Garneau about dealing with China: David Kilgour in the Ottawa Citizen

A few words of advice to Marc Garneau about dealing with China: David Kilgour in the Ottawa Citizen