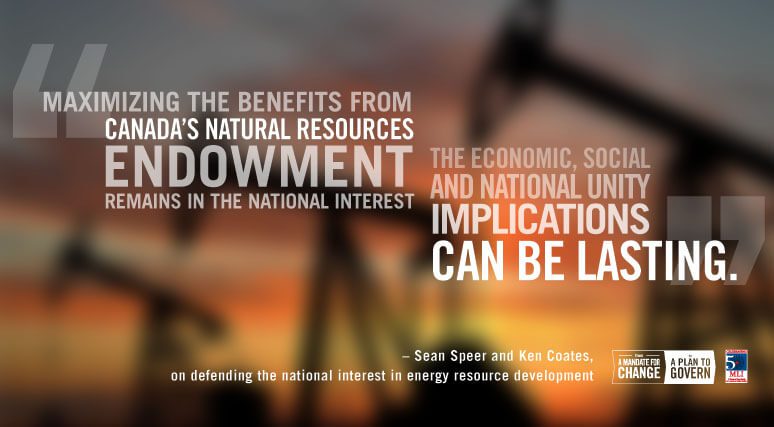 As the prime minister has acknowledged, a healthy resource sector is vital to Canada’s economy, and to fostering prosperity for Aboriginal peoples. He is right to make it a priority to renew Canadians’ faith in the regulatory process for pipelines, and to support the construction of energy infrastructure. And yet concern in places like Quebec about the safety of projects such as the Energy East pipeline, and the resulting backlash in the West, threatens to fracture national unity.

That’s why the Macdonald-Laurier Institute, in a new commentary on energy resource development, is here to offer guidance.

MLI Senior Fellows Ken Coates and Sean Speer urge the government to stash the clever quips falsely cleaving “resources” from “resourcefulness” as the prime minister did in Davos, Switzerland recently. Instead it should become a vocal advocate for natural resource development.

“Maximizing the benefits from Canada’s natural resources endowment remains in the national interest – the economic, social, and national unity implications can be lasting”, say Coates and Speer.

This paper is the eighth entry in MLI’s series, From A Mandate For Change To A Plan To Govern.

Ken Coates is a Senior Fellow with the Macdonald-Laurier Institute and Canada Research Chair in Regional Innovation in the Johnson-Shoyama Graduate School of Public Policy at the University of Saskatchewan.

Tags: energyFrom A Mandate For Change To A Plan To GovernKen CoatesSean Speer
Previous Post