in Christian Leuprecht, In the Media, Latest News
Reading Time: 1 min read
A A 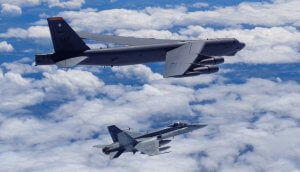 For NORAD’s 60th anniversary on May 12, 2018, Munk Senior Fellow Christian Leuprecht – alongside his colleague Joel Sokolsky – was asked by key stakeholders to prepare a volume that looked at the future of North American defence.

Both Leuprecht and Sokolsky, joined by Thomas Hughes, would serve as editors of the resulting volume, “North American Strategic Defence in the 21st Century: Security and Sovereignty in an Uncertain World,” which is the first book of its kind in decades.

Contributors include some of the foremost defence and security experts in Canada and abroad. Among them is MLI Senior Fellow Richard Shimooka, who contributed a chapter on “NORAD, Tactical Fighter Modernization and the F-35: Operational Considerations, Process and Politics.”

More information about this volume can be found here.

The full version of the book’s introduction, co-authored by Leuprecht, can be found online here.

Unemployment numbers can be a misleading: Cross on CBC’s On the Money