Justice for Uyghurs: Assessing legal frameworks and options for action

A new paper by Sarah Teich examines several options available for holding the Chinese Communist Party to account for its repression against Uyghurs. 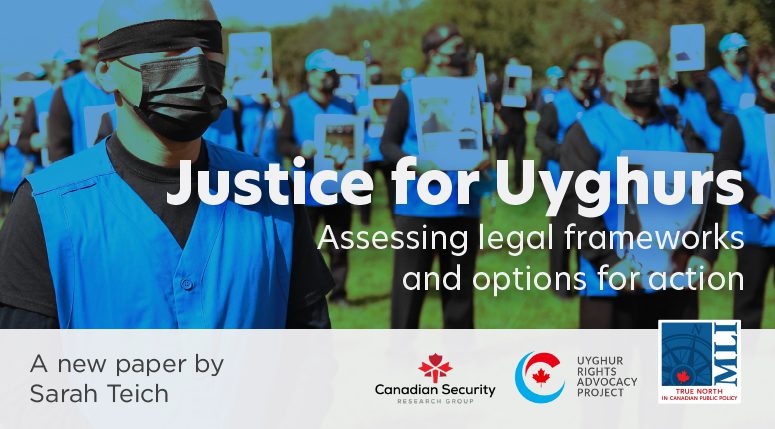 The Chinese Communist Party (CCP) is committing numerous crimes and abuses against the Uyghurs in Xinjiang (East Turkestan). There is pervasive surveillance; massive numbers of arbitrary detentions; widespread physical and sexual torture; medical crimes; killings; forced labour; and transnational repression.  The Uyghur Tribunal and others have found the crimes committed against the Uyghurs amount to genocide pursuant to the 1948 UN Genocide Convention.

These crimes are in breach of China’s legal obligations. But the obligations under international law do not pertain solely to China. Every other state that is a party to the UN Genocide Convention has undertaken to prevent and to punish genocide, which means they have not only a moral obligation to take action to combat the Uyghur genocide, but also a legal one.

This paper summarizes the crimes against the Uyghur people and then outlines the viable options available to help address those crimes.

Democratic states – and individual people – should not sit by knowing that atrocities are taking place against the Uyghurs in Xinjiang (East Turkestan). There are several options available for holding the Chinese Communist Party to account. This paper has listed many of them and calls for them to be pursued.