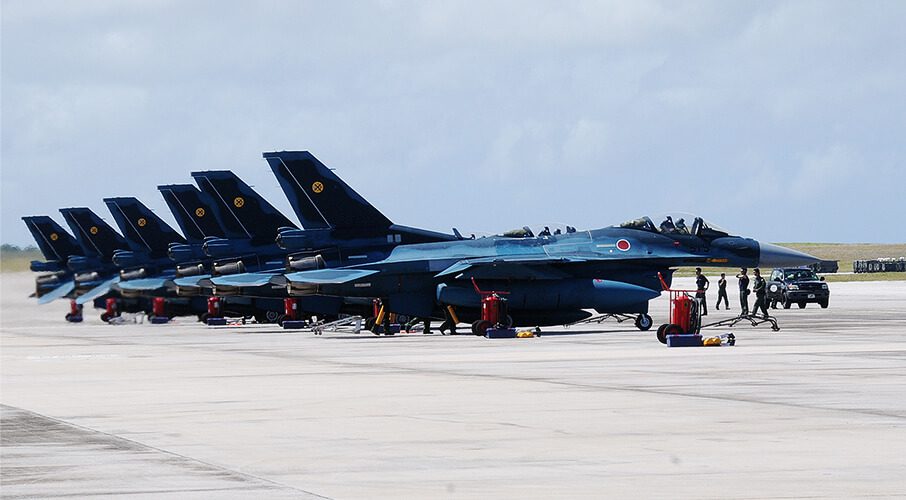 Japan can’t rest on its laurels and pander to some short-term profit-making pleas from the private sector at the cost of its long-term national security. Japan’s own national security landscape is too important — and evolving — to be left to outdated legislation that allows vulnerabilities, writes J. Berkshire Miller.

Last month, the Diet passed legislation that amended the Foreign Exchange and Foreign Trade Control Law. The revisions are essentially aimed at ensuring that Japan’s foreign investment regime cannot be exploited by foreign actors that may endanger its national security.

Some will insist these changes are overkill and will smother Japan’s attractiveness as a destination for foreign investment. This line effectively posits that Japan is weakening its opportunities to investors through new rules that — while enacted with a solid purpose of protecting against threats to national security — will undermine and overly scrutinize legitimate investment.

The reality is that this new legislation is unlikely to hamper quality investment in Japan. The new laws have also been a long overdue complement necessary for Tokyo as it retrofits its national security architecture — as outlined in the 2013 National Security Strategy (Japan’s first ever) and its inaugural National Security Council, which was established shortly thereafter.

First of all, it is important to note the new restrictions are not unprecedented or draconian as compared with Japan’s G7 partners. The legislation was largely pushed by the ruling Liberal Democratic Party to make it more aligned with the policies of the United States and the European Union. Japan shares similar concerns — and has similar risks — to protect itself against foreign investments that may endanger its national security.

Indeed, the three are growing increasingly closer on this matter and released a joint statement last spring, noting their shared concerns on “non-market orientated policies and practices of third countries.” Specifically, on investment, Japan also shares the challenge of ensuring its review mechanisms are fully up to capacity and in line with its key partners.

This point is increasingly important for Japan, which is not only a treaty ally to Washington, but also strengthening trade and investment ties with Europe and beyond.

The U.S. and the EU, among others, have been increasingly worried about the leakage of sensitive technologies — especially from the information and communications technology sector and other areas related to critical infrastructure — to other countries, especially China. If Tokyo wants to legitimize its image as a chief banner-holder for the rules-based order, it must also — at a minimum — adopt its own laws to avoid the potential for becoming a weak link in the economic-security chain.

Second, while some of the language in the legislation is vague, the restrictions are targeted. The Ministry of Finance, which will lead the process, has insisted the investment reviews will only take place in four categories that could potentially impact Japan’s national security.

Many such areas would include the aerospace and defense sectors, as well as nuclear energy and other sectors related to Japan’s critical infrastructure. The new legislation is also not all-encompassing or suffocating, but merely adds reasonable scrutiny to investments of more than 1 percent (down from 10 percent).

Third, these new changes — which will take effect in spring — will not impact most legitimate investors. Some may argue that Japan’s foreign direct investment might fall noticeably because of the new hurdles. However, the reality is that even if investments exceed the 1 percent threshold, the government can provide exemptions, provided investors follow certain rules.

More specifically, the new laws stipulate that many brokerages, investment firms, asset companies and mangers can be exempted from the restrictions as long as they limit their access to confidential technology.

Finally, it is important to look at these amendments not in isolation, but as contextualized with Japan’s broader maturity on national security issues.

National security is no longer a simple domain for intelligence analysts, defense officials and diplomats. The economic-security dimensions are continuing to expand, and Japan needs to understand these challenges to effectively develop policy toward maximizing economic benefits while minimizing the risk to its security.

Part of this improved understanding can be obtained through the recruitment and nurturing of resources committed to working in this sector.

In this sense, the Abe administration was right to revamp its NSC and ensure that economic security issues are now included at the highest level of national security decision-making. Up until this point, the NSC and its secretariat — the National Security Secretariat — have largely been staffed by officials from the Foreign Ministry, the Defense Ministry and the National Police Agency.

With these new changes, in addition to legislation, Japan should be working toward growing its expertise on economic-security challenges. This will be particularly important as Tokyo deals with its most important security partners — including the U.S. and other fast-growing partnerships with the Five Eyes, including the United Kingdom and Australia. These states have mature bureaucracies and frameworks for mitigating economic-security challenges and will likely welcome Japan’s adaptation of its architecture, which will promote increased intelligence-sharing and security cooperation.

Simply put, Japan can’t rest on its laurels and pander to some short-term profit-making pleas from the private sector at the cost of its long-term national security. These new restrictions should be implemented with flexibility and provide awareness to foreign investors in order to reduce the impact of unintended deterrence of new investment. That said, Japan’s own national security landscape is too important — and evolving — to be left to outdated legislation that allows vulnerabilities.

Mapping a strategy for dealing with China: Margaret McCuaig-Johnston in the Telegraph Journal