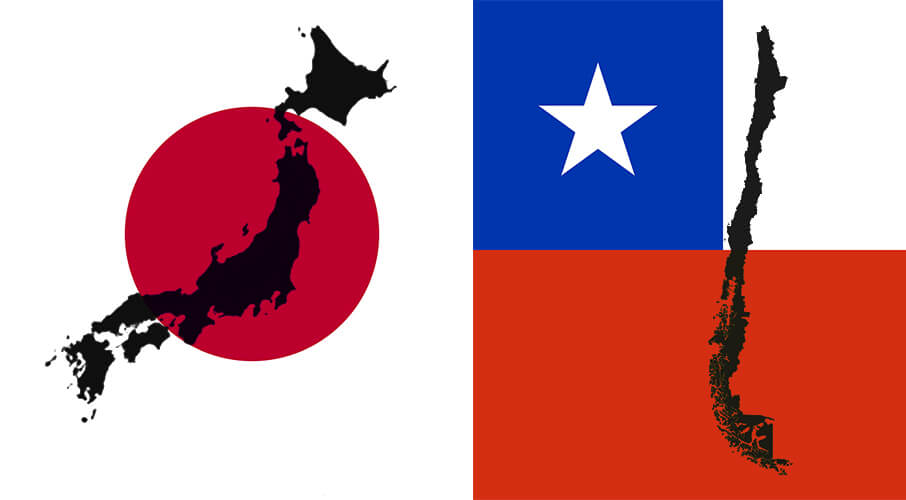 As the recent cable deal shows, the norms and principles that guide it are applicable to most states in the Asia-Pacific, and even those in Latin America, writes Jonathan Berkshire Miller in the World Politics Review.

Latin America and Japan are often thought of as only loosely connected, through a patchwork of free trade agreements and people-to-people ties. But this summer, Chile finalized a deal that indicates a significant convergence of geostrategic interests between Japan and the Americas. After much deliberation, Chile chose an undersea route, backed by Japan, for the first direct fiber-optic cable link between South America and the Asia-Pacific.

The Japanese proposal traverses 13,000 kilometers from Chile across the Pacific Ocean—more than 8,000 miles—eventually connecting with existing undersea cables between Japan and Oceania. The new trans-Pacific route would utilize a link between Japan and Australia link that just became operational in July, and then expand it eastward to New Zealand and then across the Pacific to South America. In choosing the Japan-backed route, Chile rejected a competing offer from Chinese telecommunications giant Huawei, which designated Shanghai as the terminus.

The initial tender for the multibillion-dollar project has been won by Japan’s NEC, and Chile will accept supplementary contracting bids from multinational companies next year, with the most likely candidates coming from global leaders in undersea cables. Alcatel Submarine Networks, in France, and Subcom, in the United States, are potential contenders. Undersea cables contain approximately 95 percent of all international communications and data, and are widely considered critical infrastructure for national security purposes. Thus, upon completion, the new cable line will become an important strategic link between not only Japan and Chile, but between the Asia-Pacific and Latin America.

The geopolitical dimensions of Chile’s decision indicate an evolving Japanese approach to the Pacific Rim. Under former Prime Minister Abe Shinzo, Tokyo developed a vision for what it calls a “Free and Open Indo-Pacific,” designed to uphold a rules-based order in the region and, in part, to counter China’s rising assertiveness. A keystone of the strategy is to build reliable, open and transparent connections between Japan and its diplomatic partners, including in Latin America.

The decision to snub China could not have been easy for Chile. It had already conducted pre-feasibility studies with Huawei for different route options in 2017, all ending in Shanghai, and had been under intense diplomatic pressure from Beijing. Yet Chile also heard competing concerns from the U.S. and other countries—including through a visit by Secretary of State Mike Pompeo last year—that accepting Huawei’s proposal would have serious national security consequences.

Chile’s decision to opt for the Japanese bid also comes at a time when the Trump administration is pressuring its partners and allies not to use Huawei products or technology. Last month, the U.S. Commerce Department tightened the screws further on the Chinese company by further restricting Huawei’s access to American technology and blacklisting affiliates in countries outside of the U.S., including Huawei Cloud Chile.

The cable project exemplifies a broader trend playing out as Japan and its security partners enhance their cooperation and presence in the region. And while Japan’s Indo-Pacific vision is widely—and understandably—seen as focused on East Asia, Tokyo’s approach is much more comprehensive. The Indo-Pacific concept has been gaining currency in recent years; the United States has rolled out multiple iterations of its own “Free and Open Indo-Pacific” strategy under the Trump administration, and a host of countries and organizations have announced similar approaches, including India, Australia, the United Kingdom, Germany, France and the Association of Southeast Asian Nations.

Japan led this charge under the stewardship of Abe, who framed much of his diplomacy around the importance of the Indo-Pacific region, which Tokyo identifies as ranging from East Africa to the west coast of the Americas. After Abe’s abrupt resignation in August, his successor, Suga Yoshihide, looks set to continue building on Abe’s legacy by making his first official trip overseas to Southeast Asia later this month.

The cable route to Chile helps accomplish several priorities of Japan’s Indo-Pacific vision: promoting sustainable infrastructure, protecting and upholding free sea lines of communication and improving regional connectivity. And while Latin American countries have not traditionally been a priority in Japan’s foreign policy thinking, it is important to note that its Indo-Pacific vision has always been malleable. Since its infancy, it has expanded to include more regions, including North America in 2018.

Incrementally expanding it to Latin America also makes sense for Japan because of their shared interests in the international rules-based trading system. Chile and Peru are members of the Comprehensive and Progressive Agreement for Trans-Pacific Partnership—a regional trade agreement, formerly known as the TPP, that encompasses 11 members around the Pacific Rim. The deal could also grow to include other countries in the region, such as Colombia and Argentina. This ambitious trade agreement, ratified largely as a result of Japanese leadership following the Trump administration’s withdrawal in 2017, represents a key economic plank of Tokyo’s Indo-Pacific vision.

In this sense, Chile’s recent decision to partner with Japan for its undersea cable route represents a convergence of Tokyo’s traditionally siloed engagements with Latin America alongside its grand Indo-Pacific strategy. Last December, Abe delivered a speech in Buenos Aires laying out three pillars for Japan’s ties with Latin America: the connectivity of economies, values and “wisdom.” All of these pillars are buttressed by a shared sense of democratic norms, the rule of law and liberal economic systems. Increased fiber-optic connectivity will help further those objectives.

The rules-based liberal international order now faces serious challenges on a number of fronts: the rise of protectionism, widespread authoritarianism, growing skepticism about liberal values and the malfunctioning of international institutions. Moreover, the world is also adapting to a rapidly evolving security environment, with a host of territorial disputes and growing strategic rivalries that pose risks to stability. For Japan, its vision for the Indo-Pacific is a key to managing all of these risks. And while its particular origins may lie largely with the Abe administration, the idea has proven popular beyond Japan. As the recent cable deal shows, the norms and principles that guide it are applicable to most states in the Asia-Pacific, and even those in Latin America.

Jonathan Berkshire Miller is deputy director and senior fellow at the Macdonald-Laurier Institute. He is also senior fellow for the Japan Institute of International Affairs in Tokyo.

Give Hong Kong the Autonomy It Was Promised: Nathan Law in the New York Times

Give Hong Kong the Autonomy It Was Promised: Nathan Law in the New York Times