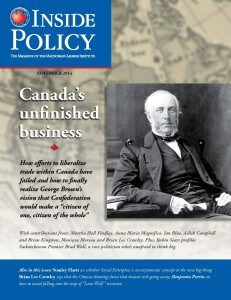 A recent proposal from the premiers of three Western provinces has kick-started another debate about interprovincial trade within Canada – but is it any more likely to succeed where past initiatives have failed?

Crowley believes liberating the flow of domestic trade is a laudable goal but says any attempt to do so requires the federal government’s leadership.

“Too little too late” for the premiers on interprovincial trade

In a recent op-ed for the Globe and Mail, Crowley argued that the provinces have been unsuccessful in addressing the issue on their own, pointing to the ineffective 1994 Agreement on Internal Trade as one example. Renewing that agreement, as the premiers of British Columbia, Alberta and Saskatchewan proposed in July, is not going to bring success.

“The offer of the western premiers to negotiate a Canada-wide free trade zone is too little too late”, Crowley says. “We have nearly two decades of experience of the AIT, which has been driven by the provinces, and the experience has been disappointing to say the least”.

A charter of economic rights

Instead, Crowley says it’s time for the federal government to step in and get tough with the provinces on the issue. He calls for the government, which this past May expressed a willingness to address internal trade, to create a “charter of economic rights” that the courts would use to force the premiers into action.

The problem, says Crowley, is that provinces have a vested interest in maintaining high trade barriers. All of them agree that it’s an issue, but few are actually willing to offend the local constituencies that continue to benefit from protective policies in areas such as beer, wine, transport, electricity or provincial regulatory authorities.

“If the premiers were going to tear down the barriers to trade within Canada, they would have done it long ago”, says Crowley. “The provinces have had their chance. It is now time for Ottawa to use its legitimate powers under the constitution to create the free-trade area the provinces talk about but cannot deliver.”

In 2011 lawyer Ian Blue wrote a paper for MLI, titled “Free Trade Within Canada: Say goodbye to Gold Seal“, explaining how a proper application of the Constitution would prohibit interprovincial trade impediments.

Blue’s paper shows that the courts have misinterpreted section 121 of the Constitution Act, which is designed to ban provincial rules that hinder the movement of goods within Canada.

Lawyer Derek James From recently cited Blue’s work in a column on why barriers to interprovincial trade are unconstitutional. 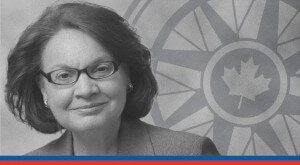 MLI has conducted extensive research on the issue in the past, including for the publication of the following papers:

Citizen of One, Citizen of the Whole: How Ottawa can strengthen our nation by eliminating provincial trade barriers with a charter of economic rights, by Brian Lee Crowley, John Knox and John Robson.

Here the authors argue for why Canada needs a charter of economic rights.

Free Trade Within Canada: Say goodbye to gold seal, by Ian A. Blue.

Blue examines why a misinterpretation by the courts is obscuring Canada’s constitutional duty to knock down internal trade barriers.

In November 2014, MLI released an issue of Inside Policy devoted entirely to internal trade barriers. A roster of former politicians, trade analysts and business experts ask the question: How do we get rid of barriers to trade?

MLI also released a commentary by the former director of the Agreement on Internal Trade. Anna Maria Magnifico details how the provinces’ insistence on protecting narrow regional interests undermined an accord that was designed to remove barriers to trade within Canada.