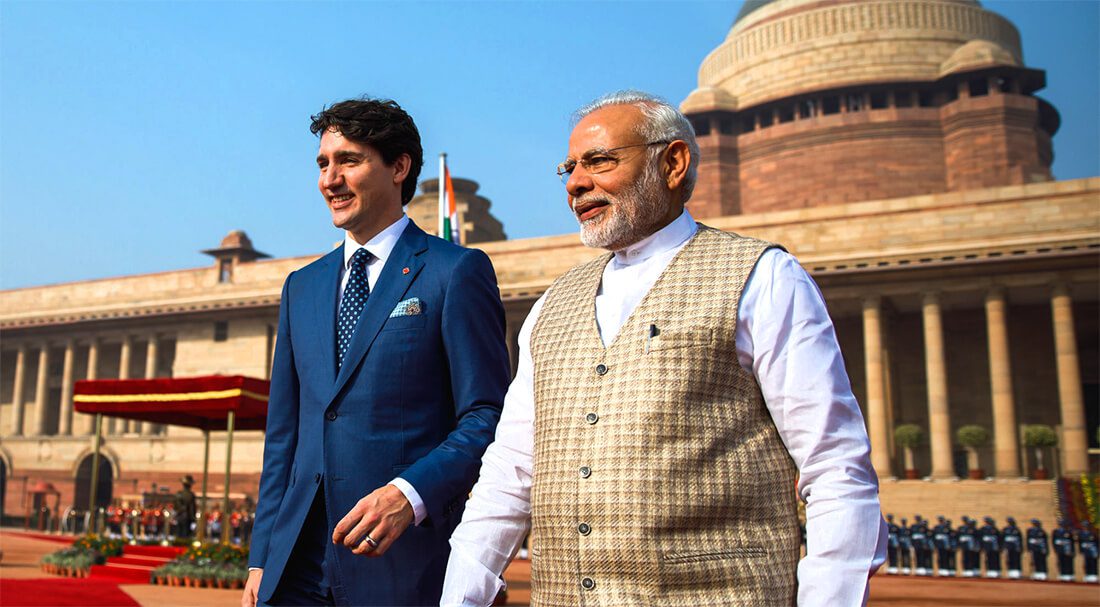 Modi’s triumphant re-election should signal that India’s transformation and strategic role continue to rise apace. Ottawa should take this opportunity to re-engage and reset its approach to India, writes J. Berkshire Miller.

Indian Prime Minister Narendra Modi was resoundingly re-elected on May 23 as leader of the world’s largest democracy. Modi’s Bharatiya Janata Party (BJP) swept over 300 seats in the Indian Lok Sabah, or lower house of Parliament. The authoritative win now gives Modi’s BJP an even stronger legislative majority, with the nearest rival, the Indian National Congress led by Rahul Gandhi, with only 52 seats. The win is not only significant politically for Modi, but it also represents a success of democracy, where nearly 70 percent of eligible voters cast their ballot.

Modi’s strong support continues to transform Indian politics as well as India’s role in the region. Delhi continues to incrementally build up its partnership with the United States and has forged a strong bond with Japan, pledging to work together to promote a free and open Indo-Pacific region. The growth in a strong and principled Indian vision for the region has grown amid the rise of its neighbour—and often rival—China. Beijing’s rapid modernization and expansion of its military, in addition to its aggressive push for influence in India’s backyard through its Belt and Road Initiative, has forced Delhi to reassess its approach to regional security and prompted its warmer embrace of key stakeholders also concerned about China’s rise.

Canada also has shown an interest in being more engaged in the Indo-Pacific region. During the visit of Japan’s Prime Minister Shinzo Abe to Ottawa in late April, Canadian Prime Minister Justin Trudeau noted a “shared vision for maintaining a free and open Indo-Pacific region based on the rule of law.” The statement was Canada’s first high-level endorsement of the importance of Indo-Pacific strategies, of which many key regional players have already adopted, like the United States, Japan, Australia, India, and Indonesia.

But, while the visit with Japan was the first upfront embrace of the Indo-Pacific concept, Ottawa has in fact already outlined its shared views on the region through its joint statement with India in February 2018. In that statement, the two sides agreed to “reaffirm the importance of lawful commerce and the freedom of navigation and over-flight throughout the Indo-Pacific region, in accordance with international law.”

The convergence of interests between India and Canada for a stable and rules-based region underscores the imperative for resetting an underperforming bilateral relationship. But, while Trudeau’s visit last February aimed to elevate ties to a strategic level, the results remain uninspired at best. Rather than aligning more closely with India, the week-long visit has now become an infamous model for how not to conduct diplomatic summitry.

Moreover, the state of relations with India remains mired in mistrust due to a poorly handled management of the aftermath of Canada’s inexplicable invitation of a Sikh extremist, Jaspal Atwal, to a dinner event at the Canadian High Commission in New Delhi last year. This issue was even more sensitive because India has long been distrustful of Ottawa’s approach to what it refers to as Sikh extremist groups based largely in British Columbia.

In addition to disagreements over the nature of Sikh extremism, the two sides also continue to be at odds over taking the next step to enhance trade relations. After several rounds of negotiations, Canada and India remain far apart on a potential free trade deal. The two sides also remain unable to sign a complementary foreign investment promotion and protection agreement, despite negotiating for more than a decade.

One of the largest obstacles to trade and investment deals has been failed attempts to narrow gaps between Ottawa’s agenda for “progressive trade”—one that provides strong protections on issues such as gender, environment, labour, and human rights—and Delhi’s desire to be treated as a non-market economy. India, meanwhile, continues to insist on maintaining some of its protectionist barriers and tariffs to protect key sectors in agricultural areas for example, while promoting the need for labour mobility as a key to any deal with Canada.

But despite these trade hurdles and strains over Sikh extremism, Modi’s triumphant re-election should signal to Ottawa—and the world frankly—that India’s transformation and strategic role continue to rise apace. Rather than muddle through an underperforming relationship, Ottawa should take this opportunity to re-engage and reset its approach to India. This is particularly relevant considering Canada’s strained relations with China, plagued by Beijing’s arbitrary detention of two Canadians in response to the arrest of Huawei chief financial officer Meng Wanzhou last December. It is also critical to our attempt to strengthen relations in the Indo-Pacific region, premised on states that support a rules-based order, including the freedom of navigation and fair and open investment and infrastructure development.

The first step will be to engage with Delhi on a comprehensive manner on security issues, without marginalizing or downplaying the Indian government’s concerns about extremism and its impact on India’s own security. This does not mean Canada and India will come to an agreement on the issue of Sikh extremism, However, this issue needs to be addressed consistently and thoughtfully in order for both sides to pursue further security cooperation in other areas, ideally as part of the emerging Indo-Pacific approaches from both sides.

Second, on trade, it will be difficult to narrow the gap for a high-threshold free trade agreement, but it is important to continue to look at ways to engage the growing Indian economy and find areas of collaboration that make sense, especially in areas such as technology and artificial intelligence, where India is innovating at a fast pace.

Simply, the Canada-India relationship remains one of high potential but low impact. With growing uncertainty in the region, and a difficult road ahead in relations with the region’s biggest economy—China—it makes sense to reset the deck and double-down on engagement with India.

30 Years On, The CCP is Still Unrepentant About the Tiananmen Massacre: J. Michael Cole in the Taiwan Sentinel