How Canada can advance Indigenous rights through trade agreements: Scott Simon in the Hill Times 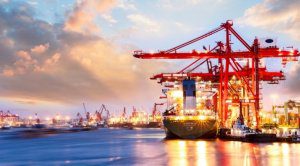 Our engagement with CPTPP partners can further strengthen Indigenous rights, especially if we bring in Taiwan and other states which recognize the rights of Indigenous peoples in their territories, writes Scott Simon in the Hill Times.

According to our government, Canada put the “progressive” in the Comprehensive and Progressive Trans-Pacific Partnership. In 2017, PM Justin Trudeau dramatically walked out of negotiations in Vietnam, and subsequently took credit for including Indigenous, labour, and environmental rights in the preamble.

In 2018, Canada became the 5th country to ratify the 11-country CPTPP agreement. A study by the Asia Pacific Foundation estimates that the CPTPP embraces an “Indigenous/minority” population of more than 50 million. CPTPP members that officially recognize Indigenous peoples within their jurisdictions are Australia, Canada, Japan, Mexico, New Zealand, and Peru. Although the agreement has been criticized for its weak commitment to Indigenous rights, Indigenous rights remain important as a yardstick for evaluating the agreement and future developments.

The main way in which trade agreements include Indigenous rights is through exception clauses that permit states to protect Indigenous lands and treaty rights from non-discrimination and expropriation clauses. New Zealand, which bases its relationship with the Māori on the Treaty of Waitangi, is Canada’s best model. New Zealand successfully excluded Waitangi rights from CPTPP dispute settlement provisions and protected Māori indigenous plants. The Waitangi Tribunal found that these provisions provide reasonable protection. The Canada-United States-Mexico Agreement (CUSMA) includes similar exception clauses and promotes Indigenous trade. Moving forward, Canada should include Indigenous representation in negotiations and ensure that all agreements, as a minimum standard, protect Indigenous treaty rights.

Following New Zealand’s example, Canada can deepen relationships with CPTPP states to further Indigenous rights. New Zealand and Australia signed an Indigenous Collaboration Agreement in February 2020. Japan, which in 2019 recognized the Ainu as Indigenous, similarly concluded an Indigenous co-operation agreement between New Zealand and the Hokkaido prefecture on Ainu territory. Trade agreements must respect and recognize the inherent right to trade that has been advocated by the Assembly of First Nations since the 1980s. Because Indigenous rights were added late to the CPTPP, more progressive members will have to encourage recalcitrant states like Chile, the only Latin American state to not include Indigenous rights in its constitution, to improve.

If Canada wants new partners on Indigenous rights, Taiwan is an obvious candidate.

Taiwan has included Indigenous rights in its constitution since 1994 and in 2005 passed the Basic Law on Indigenous Peoples. Again, we can follow New Zealand’s lead. In 2013, New Zealand signed a free trade agreement ingeniously titled the “Agreement between New Zealand and the Separate Customs Territory of Taiwan, Penghu, Kinmen, and Matsu on Economic Cooperation.” Chapter 19 of the agreement establishes a framework for co-operation on Indigenous issues. Considering that Taiwan is Canada’s 13th largest trading partner, and the 5th in Asia, it is in Canada’s interest to negotiate a similar agreement and actively promote Taiwan’s accession to the CPTPP. In addition to the many sound economic arguments for bringing Taiwan aboard, we can count on Taiwan to help us promote Indigenous rights.

One of our existing agreements should be of special concern. In 2012 (under former prime minister Stephen Harper’s watch), Canada signed a Foreign Investment Promotion and Protection Agreement with China. In the Canadian Yearbook of International Law, jurist Gus Van Harten raised concerns that the agreement omits the usual reservations and exclusions that protect Indigenous rights in all of Canada’s other trade agreements. The agreement is noteworthy also for its non-reciprocal nature and long duration. Considering the very real spectre of genocide against China’s Uyghur minority, no Canadian government respectful of Indigenous rights can take pride in this agreement. China, which denies Indigenous legal status to the Uyghur and 54 other “national minorities,” is not yet a potential partner on Indigenous rights.

Canada, especially under a Liberal government, uses Indigenous rights as a way to stake out a reputation as a progressive state. Our engagement with CPTPP partners can further strengthen Indigenous rights, especially if we bring in Taiwan and other states which recognize the rights of Indigenous peoples in their territories. This would complement, and even render more credible, our government’s desire to implement the UN Declaration on the Rights of Indigenous Peoples in Canadian law. Many Canadians hope that increased recognition and protection of inherent Indigenous rights will lead to genuine reconciliation and decolonization. It is legitimate to use those standards to measure our trade agreements and international relations as well.

Scott Simon is a senior fellow with the Macdonald-Laurier Institute and a professor of social sciences at the University of Ottawa.

How will the pandemic-induced ‘YOLO economy’ hit Canada? Linda Nazareth in the Globe and Mail

Canada and the Baltics Strategic Dialogue

Canada and the Baltics Strategic Dialogue