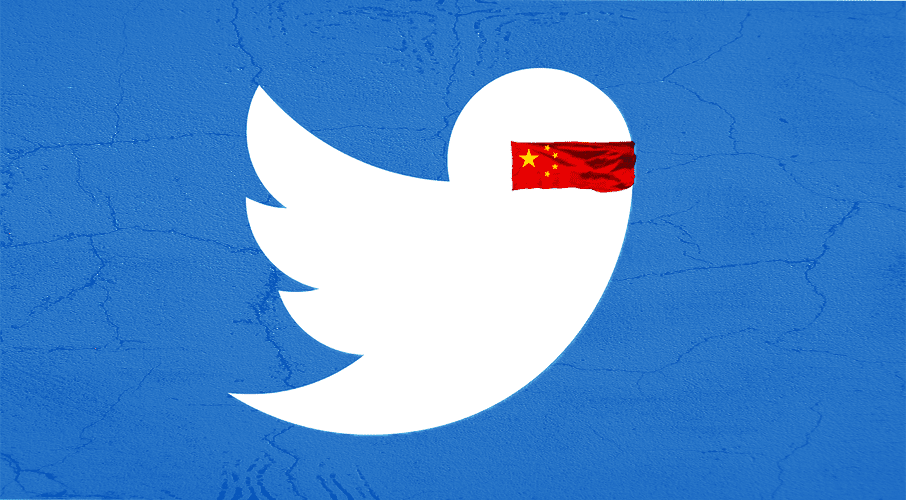 This silly incident is emblematic of the deeper problems that arise when we allow an increasingly authoritarian regime to hijack key international institutions, writes J. Michael Cole.

A recent controversy with the Montreal-based International Civil Aviation Organization (ICAO) amid a coronavirus (2019-nCoV) outbreak in China has once again raised questions on whether it is wise to exclude Taiwan from specialized UN agencies.

While all eyes were fixed on the Geneva-based World Health Organization (WHO) and its obstinate decision to subsume Taiwan into the People’s Republic of China (PRC), a US-based academic reached out to ICAO on its social media asking whether the organization would share time-sensitive information with Taiwan due to the health emergency and its proximity to China. The country of 23.5 million people serves as an important transportation hub in the Asia Pacific, with several flights to China daily. More than 72 million passengers annually transit through Taiwan’s airports, which connect to as many as 150 global cities.

ICAO’s response was to block the account. As other academics and journalists learned of this development, they also reached out to ICAO and they, in turn, were blocked. The individuals in question, the ICAO communications unit claimed, had engaged in a campaign of disinformation, adding that “inaccurate, compromising or offensive material” would thenceforth result in blocked accounts.

At no point did the original academics refer to Taiwan being allowed to join the UN; the questions were technical in nature and pertained to whether alternative ways could be found to ensure that a dangerous blind spot in Asia could be plugged. An ICAO communications officer later claimed that, “to the best of our understanding [information is] all being promptly shared by China with all of the applicable aviation stakeholders and officials in its sovereign territories.”

Two main problems with that contention stand out: for one thing, Taiwan isn’t a sovereign territory of the PRC; and as Taiwanese authorities confirmed, neither ICAO nor the WHO has been sharing information with Taiwan. Without doubt, and given the precedent set during the 2003 Severe Acute Respiratory Syndrome (SARS) crisis, it was clear that the agencies were acting thus due to pressure from Beijing, which is bent on isolating Taiwan due to the choices that its people have made via democratic mechanisms — that is, their refusal to be annexed by the PRC.

ICAO’s contemptuous response would eventually result in the blocking of several dozens of accounts. Following reports in the media, the US Department of State weighed in, stating that:

The United States is deeply concerned about actions taken by the International Civil Aviation Organization […] to suppress freedom of expression and curtail important discussion of Taiwan’s legitimate role in international issues. Blocking Twitter users who make reference to Taiwan’s participation in international organizations, particularly given the global response to the coronavirus crisis, is outrageous, unacceptable, and not befitting of a UN organization. Taiwan has a relevant and credible voice on transnational health issues, and the United States has long supported its active engagement in international venues, including ICAO, where its expertise can be beneficial. We call upon ICAO to immediately and permanently reverse its practice of blocking discussion of Taiwan on its Twitter properties and make clear publicly its understanding that freedom of expression must always supersede the political insecurities of member states.

Putting the organization in an even worse light was the fact that, just as its communications staff were busily blocking accounts and casting aspersions on those who dared question ICAO’s policy, both Canadian Prime Minister Justin Trudeau and Japanese Prime Minister Abe Shinzo stated publicly that Taiwan ought to be included in emergency talks and to be able to access information during the crisis. And yet, ICAO dug in its heels: “campaigners” and “advocates” were “spreading disinformation.”

In what can only be described as a Kafkaesque twist, the ICAO even began claiming it hadn’t blocked anyone “for asking anything about anywhere” — note here ICAO’s refusal to even use the terms “Taiwan” or “Chinese Taipei” — and that anyone who claimed to have been blocked, or asked for the reasons why others had been blocked, were contributing “to the spread of this misinformation.” (Ironically, a good number of accounts that were blocked by ICAO belong to academics and journalists who are experts on disinformation and political warfare and who have been called upon by governments worldwide to help them combat this phenomenon.)

From the outset, the academics and journalists who reached out to ICAO were aware of a few fundamentals. They knew, for example, that ICAO’s hands are tied and that it would be invidious to expect the organization to go against UN General Assembly Resolution 2758 of October 25, 1971, which stipulates that the People’s Republic of China is “the only legitimate representative of China to the United Nations.” Resolution 2758 is at the heart of Beijing’s campaign of influence at the UN, which it has used to justify its claims of sovereignty over Taiwan and the exclusion of Taiwan from various bodies, even as an observer. Hence the academics’ approach to ICAO asking for alternative measures by which Taiwan could access information due to the severity of the emergency.

What was also known was that in recent years, China has successfully installed its own people at the head of specialized UN agencies, including the WHO, Interpol, and, since 2015, at ICAO, in the person of Fang Liu, formerly at the Civil Aviation Administration of China (CAAC). In recent years, several experts have raised questions about undue influence at the UN (at the General Assembly more particularly) and within specialized agencies, where in some cases it has been feared that Chinese nationals elected to represent the agencies may have been putting Beijing’s interests before those of the international community. Other, non-Chinese officials who may have been co-opted or were offered lucrative jobs following their employment at the UN are also suspected of pushing Beijing’s agenda.

There was early speculation that Qining Guang, who was seconded to ICAO from the CAAC, may also have played a role in the Twitter fiasco, especially due to her earlier employment with the All-China Journalists Association, an organization in Beijing that, among other functions, ensures that Beijing’s propaganda is spread to foreign media. ICAO denies that Guang was involved in the matter (her LinkedIn account was ostensibly taken down during the controversy).

The communications team at ICAO behaved like someone who realizes he’s been caught. Overwhelmed, it engaged in damage control and sought to cover its tracks. Very likely they had their marching orders from their superiors, Fang Liu among them (as CBC reported last year, a former employee described ICAO under Fang Liu’s leadership as “toxic and hostile,” characterized by “cronyism” and “favouritism”). As a result, the organization’s responses were self-contradictory, the accusations invidious, and the behavior fell well short of what we should expect from a UN agency. There is also a very high possibility that ICAO comms officers aren’t fully cognizant of Beijing’s designs on Taiwan, the complex history that surrounds its claims, or the kind of influence that China has had at the UN in recent years. So, to use a rather impolite term, such individuals are “useful idiots” who are not necessarily bad intentioned — at least not initially — but who end up being complicit in Chinese Communist Party-style censorship.

This silly incident is emblematic of the deeper problems at the UN, where we have allowed an increasingly authoritarian regime to hijack international institutions in a way that threatens us all. The coronavirus outbreak, like other health emergencies before it, also raises the question of whether it is wise to stick to a UN resolution passed a half century ago which clearly doesn’t reflect current global needs. Those aren’t questions that should directed at ICAO, let alone on Twitter.

Michael Cole is a Taipei-based senior fellow with the Macdonald-Laurier Institute. He is a former analyst with the Canadian Security Intelligence Service in Ottawa.