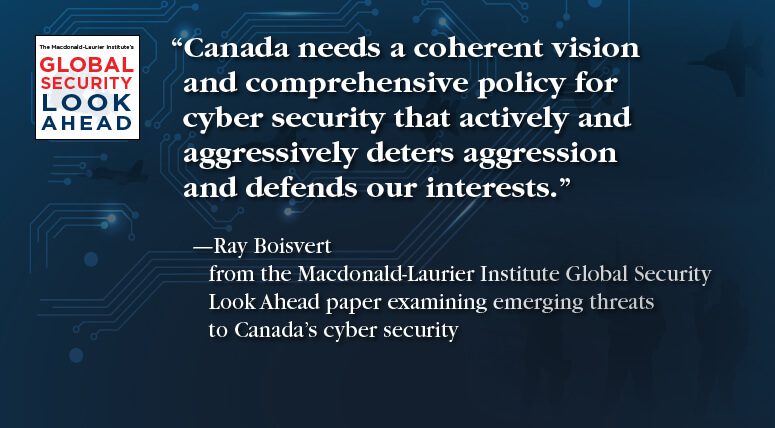 Ray Boisvert, a former assistant director of intelligence at the Canadian Security and Intelligence Service, maps out a plan for protecting Canada from cyber threats in a new commentary for the Macdonald-Laurier Institute.

“Canada needs a coherent vision and comprehensive policy for cyber security that actively and aggressively deters aggression and defends our interests”, he adds.

Cyber attacks jumped into the headlines this past year, dominated by Russian attempts to undermine the economies and governments in Western countries.

The 2016 hack of the US Democratic National Committee and the strategic release of emails from Presidential candidate Hillary Clinton helped tip the balance of the presidential election. 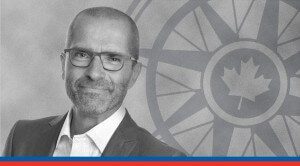 Canada is vulnerable. Its national cyber security strategy was written in 2010, back when the Blackberry was still the preferred smartphone technology.

Since then governments in Canada have only delivered a disparate, almost non-sequitur, set of strategies to counter what is clearly a highly complex environment, involving a mix of actors with varying degrees of capability and competing motivations.

Boisvert recommends a new strategy that combines deterrence, defence and deployment to keep Canada safe from cyber attacks. This includes:

The commentary is the third entry in MLI’s “Global Security Look Ahead”, a six-part series of articles exposing the major security issues Canada is facing around the globe.

Ray Boisvert is the Provincial Security Advisor to the Government of Ontario, and is the former Assistant Director, Intelligence, at the Canadian Security Intelligence Service (CSIS).

Arrow pointing up for Canadian economy at end of 2016: MLI Leading Economic Indicator

Arrow pointing up for Canadian economy at end of 2016: MLI Leading Economic Indicator