We could grow like a Celtic Tiger too, if we had Irish policies: Jack Mintz in the Financial Post 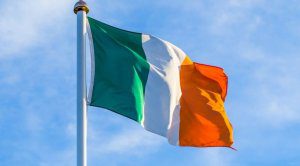 Instead, political risk, glacial permitting and transportation bottlenecks discourage companies from coming here, writes Jack Mintz in the Financial Post. Below is an excerpt from the article which can be read in full here.

The Irish economy continues to impress and the Canadian economy to disappoint. Ireland was the only OECD country to grow in 2020, its GDP rising by 3.4 per cent. Boosted by pharmaceutical and technology exports, Ireland even out-grew China by a percentage point. Canada, meanwhile, ranked 135th in the world in terms of growth.

The “Irish miracle” goes back to the 1980s when the government adopted a highly successful pro-growth strategy. No longer the poor cousin it had been for two centuries, the Irish economy has become the fourth richest in the world in per capita GDP (in $US), after only Luxembourg, Singapore and Qatar. The Celtic Tiger’s success has been attributed to several factors, including upgrading talent through education, substantial infrastructure investment, access to EU markets and money, deregulation, social cohesion and a pro-growth tax structure with one of the lowest corporate income tax rates in the world at 12.5 per cent.

While its GDP growth has been impressive, the Irish domestic economy has had its bumps, including weak financial regulations that led to a sharp contraction for several years following the 2008 financial crisis. But more recently, driven by foreign investment and exports, Ireland’s household disposable income growth has outstripped most OECD countries’. From 2015 to 2019 inflation-adjusted disposable income grew by 4.5 per cent a year, compared to 2.0 per cent in the EU and 1.9 per cent in Canada.

Ireland is over-the-top when it comes to investment. As the chart shows, public and private fixed capital formation more than doubled from 2015 to 2019, far outstripping every other advanced country, including second-place Hungary (corporate tax rate of just nine per cent) and third-place Estonia, with its unique corporate tax on distributed profits. In contrast, Canadian investment shrank 0.5 per cent. Even the Brexit-challenged United Kingdom did better than Canada, with 5.8 per cent cumulative growth — mediocre by world standards, though we’d take it.

How Trudeau's appeasement of China failed Kovrig and Spavor: Shuvaloy Majumdar in the National Post