We’re getting too far ahead on our climate policies that kill oil and gas jobs: Jack Mintz in the Financial Post 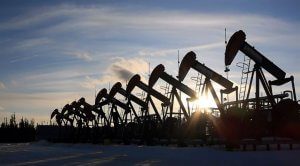 Federal policies that halt fossil fuel development too quickly can have only one result: to make us poorer, writes Jack Mintz in the Financial Post. Below is an excerpt from the article, which can be read in full here.

Is Canada moving too quickly with climate-change policies to kill oil and gas jobs? After all, while we are pushing up the carbon price to $170 per tonne by 2030, the U.S. doesn’t even have a pricing policy yet. And on top of our aggressive carbon pricing, we are also adopting important — and burdensome — new measures such as clean fuel standards, electric-vehicle substitution and building retrofits. The federal government has also declared plastics toxic and introduced aggressive environmental regulations to stop fossil-fuel development.

It’s one thing to pick a target; it’s another to jump ahead of other countries, especially when you account for only 1.6 per cent of global GHG emissions. The fossil-fuel industry has been a source of immense wealth for decades. It could continue to be an important source of income and taxes even after an energy transformation whose details — and even broad outlines — are still undetermined. The challenge we face is to choose the best course to maximize the value of our resources both in the short and long term as we move to net-zero carbon by 2050. So far, the federal government has flunked that challenge.

Two interesting developments this past week suggest that uncompromising federal policies may have just gone through their own climate change. A federal court quashed the environment minister’s attempt to kill the Vista thermal coal project near Hinton, Alta., by putting it under federal review. (It was previously exempt, requiring only provincial regulation). The court ruled that the minister failed to consult with the Ermineskin Cree Nation, who would benefit from development agreements with the project’s owner, Coalspur.

How channelling a Liberal PM could help O’Toole reboot the Tories: Patrice Dutil in the National Post