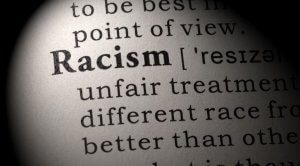 The Government of Canada is using taxpayer dollars to teach that certain ideas associated with hard work, science, and democracy are incompatible with non-white cultures, writes Jamil Jivani in the National Post. Below is an excerpt from the article, which can be read in full here.

The push to make racial division a top priority in public life goes by many names: anti-racism, neo-racism, the elect, critical race theory, identity politics, wokeness. It has been hard to pin down precise language to describe what’s going on in governments, big businesses, media companies, school boards, and universities. I’d like to suggest a new term: remixed racism.

Remixed racism borrows from the racism of the past and reintroduces it to modern audiences with a new, faux progressive style. Like a top forty single that samples a golden oldie, remixed racism changes the tempo, speeds up the chorus, and maybe even has a rapper spit a hot sixteen bars. But in the end, it has the same foundation.

Canada’s federal government has brought remixed racism to Global Affairs Canada under the guise of anti-racism training. Canadian officials in Ottawa are being taught that perfectionism, a sense of urgency, individualism, worship of the written word, and objectivity are characteristics of white supremacy culture. In other words, the Government of Canada is using taxpayer dollars to teach that race and culture are one in the same, and certain ideas associated with hard work, science, and democracy are incompatible with non-white cultures.

Does this racism sound familiar? It should. Social Darwinism was based on similar notions that some races were of a lower “intellectual standard” because of cultural differences. Government of Canada anti-racism training also reflects the paternalism found in colonial writings, such as British politician Thomas Macaulay’s 1835 memo titled Minute on Indian Education. This memo argued Indians were in need of white saviours because they were culturally incompatible with science, due to their “monstrous superstitions” and “false history, false astronomy, false medicine.”

***TO READ THE FULL ARTICLE, VISIT THE NATIONAL POST***

Line 5 and Colonial reveal much about politicians and pipelines: Jeff Kucharski for Inside Policy

Ep. 65 – The Importance of the Oil Sands with Philip Cross and Aaron Wudrick

Ep. 65 - The Importance of the Oil Sands with Philip Cross and Aaron Wudrick