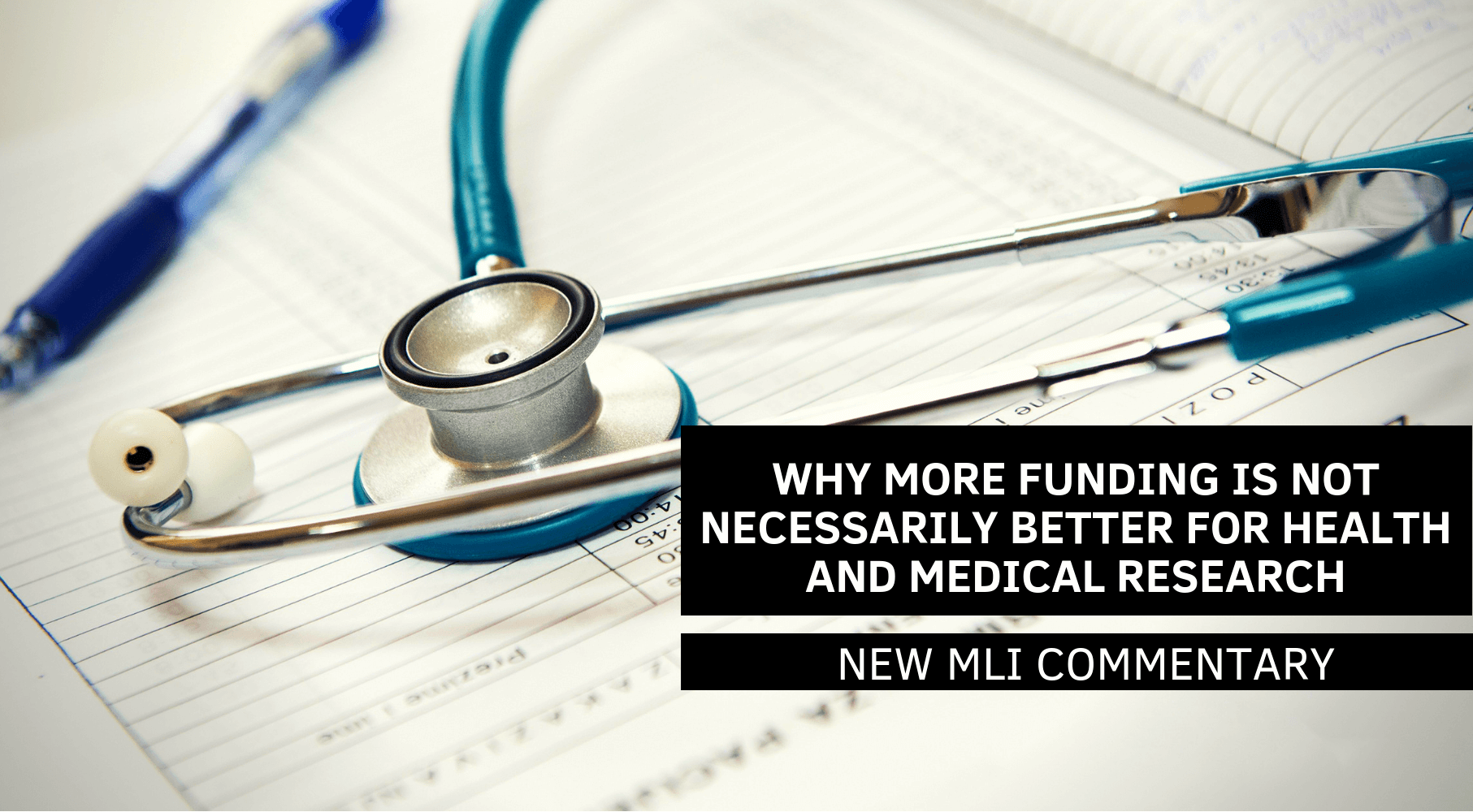 OTTAWA, ON (December 20, 2018): A new Macdonald-Laurier Institute report by MLI Munk Senior Fellow Sean Speer finds that large spikes in public spending on health research can in fact cause long-term problems when spending growth eventually slows. The key insight is that policymakers should instead focus on steady, predictable funding growth rather than splashy, one-off spending announcements.

Even so, the paper, titled “Structure and Design: Why More Funding is Not Necessarily Better for Health and Medical Research,” reminds us that some health-related policy areas do fit naturally as a federal responsibility – specifically, funding health research through the Canadian Institutes of Health Research (CIHR).

As Speer notes, federal funding for CIHR and other health-related research organizations, such as Genome Canada, Brain Canada, and others, is broadly seen as a “public good that market forces alone cannot address.” The federal government can help support health research and innovation by both ensuring a strong patent regime, which MLI has written extensively in favour of, and through direct funding research.

But Ottawa needs to place as much care with the “design and structure” of health and medical funding as ensuring sufficient levels of funding. Lessons can be found in the US, where a significant infusion of funding followed by more modest growth had – according to former White House health policy advisor Yuval Levin – actually hurt medical research. The unintended result was to create “unsustainable pressures on the part of research institutions” once that significant funding infusion had run its course.

A similar problem can be found with CIHR, when a significant increase in funding between 2000-2005 was followed by a slowing in funding growth, and significant concerns and criticism by the research community.

More analysis is needed to properly assess the problem and its effects on health research in Canada. But immediate steps can be taken to improve our “design and structure” – specifically, by setting out a strategic, long-term vision for the CIHR and providing for stable, predicable funding growth over a 10-year period. In so doing, the federal government could work to establish a better structure and design for promoting and supporting health and medical research in Canada.

To learn more about health and medical research funding in Canada, check out our latest commentary here.

Canada Cannot Be the Weak Link On China: Anastasia Lin

Canada Cannot Be the Weak Link On China: Anastasia Lin