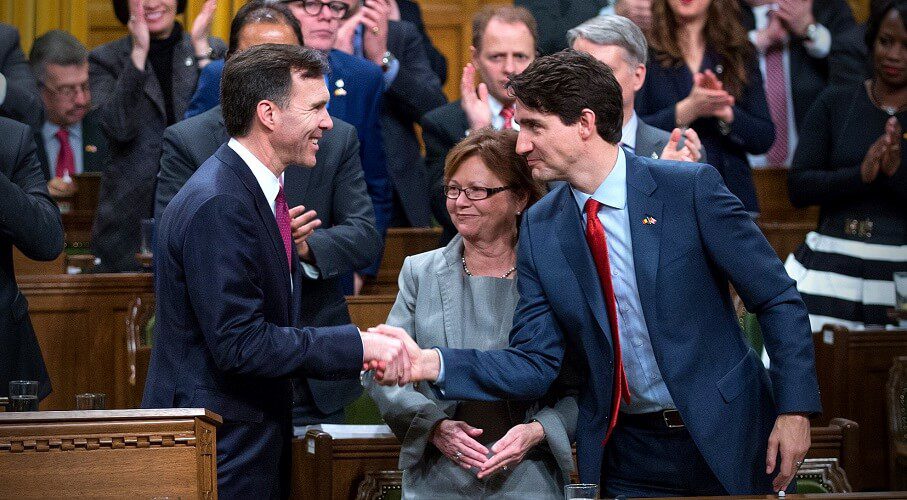 It is time for us to recognize that what is going on is a crisis of confidence, some of it short-term, the rest longer-term, writes Jack Mintz.

First were the February blockades that tied up our rail networks and kept goods from moving across the country. After a still-secret agreement about land claims, the blockades came down but the pipeline issue remains unresolved.

The blockades occurred as coronavirus spread in China, leading to quarantined cities, falling production and disruption to global supply chains. Global commodity, steel and aluminum prices began falling, affecting this country’s resource and manufacturing sectors. As it spreads, we could be seeing travel bans and work stoppages in North America. Both the Federal Reserve and the Bank of Canada have cut interest rates by a full half point, anticipating a rough period ahead even though China is starting to gear up production again.

Meanwhile, investment weakness continues, with Teck pulling its $20-billion oilsands project as the goal posts continued to shift in a nine-year regulatory process. Now, maybe the world’s best-known investor, Warren Buffet, has pulled $4 billion from a Quebec LNG plant because of Canada’s politically uncertain climate. All this comes after a five-year decline in non-residential business investment. Not just in the resource sector but also in manufacturing, trade and services, investment in plant, equipment, structures and knowledge-based assets, which is all below 2014 levels.

And now the latest hit: this past weekend’s oil price war, with Saudi Arabia cutting prices in reaction to Russia’s unwillingness to agree to production cuts at meetings last week. WTI oil prices plummeted Monday by almost 25 per cent to US$31.13. Canada’s most important export industry with its highest value-added per working hour is taking a big hit, with what are bound to be major impacts on Canadian jobs, incomes and government revenues.

Folks, it is time for us to recognize that what is going on is a crisis of confidence, some of it short-term, the rest longer-term.

Coronavirus will likely be a short-term problem, with its biggest effects felt in the first half of this year. Panic is unnecessary but good health is important to every Canadian. Once a vaccine is found, history shows, the economy will bounce back quickly.

To the credit of our governments, testing and quarantines seem to have gone well so far. But the public will want to know what plans are in place should the virus become more prevalent and begins to cause serious harm, especially for the elderly, but also for the economy. People will want to know if we have enough resources for testing, medical supplies and quarantines. They will also want to know if there will be policies to support those facing short-term layoffs.

The OPEC-Russia oil price war could also be short-term, but we don’t know yet. In late 2014, Saudi Arabia chose a strategy that surprised oil traders by cutting oil prices in half to try to discourage U.S. oil production. It didn’t work. U.S. production kept rising even with lower oil prices.

Now Saudi Arabia is using a well-known game-theory strategy called tit-for-tat to punish Russia for failing to agree to cut production — basically because its own oil companies objected to supply cuts. Whether the oil price rout continues or is resolved quickly depends what both players decide to do. While the game proceeds, Canadian producers already hit by pipeline capacity problems and an uncertain political climate continue to suffer.

The federal government should move quickly with a package of financial support.

In the longer term Canada needs to improve its investment climate and resource development policies. We have had good employment growth in the past several years, but labour productivity has stalled as our economy has shifted from mining, oil/gas and manufacturing to lower value-added sectors. Many market observers thought 2020 would be a better year but the continuing unresolved regulatory and First Nation issues have contributed to weak economic growth. These problems are now accentuated by coronavirus and the OPEC-Russia oil price war.

The federal government has not yet found a political consensus on “responsible resource development.” And it has picked a target for net zero emissions in 2050 without knowing the cost to the economy or even having a realistic plan. Developing one will take time and for now takes a back seat to current fallout from coronavirus and the oil price rout.

Which raises the question of the federal budget, now delayed likely to early April. Coming out of the election the Liberals have been looking to adopt new spending programs and climate-change actions, with possible tax increases on investors and businesses. All that should be put aside. Fiscal policy should address the current pressures instead.

Our political leaders should be working to instil confidence that Canada will handle any global or domestic problems. We did this in 2008 with the global financial crisis. We can do it again. But actions will talk louder than speeches or photo ops.