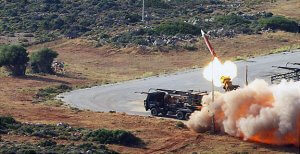 Canadians can no longer afford to be dismissive of national security. Even as the relationship with our biggest security partner grows tense, we face a continuing (and indeed growing) threat from rogue states.

One threat that has long been ignored in this country is the possibility of attack by intercontinental ballistic missile. Yet recent testing by North Korea implores Canadians to take the problem seriously. The Hermit Kingdom’s current technology allows a missile to reach anywhere in Canada or the United States.

To date, Canada has sat out from participating in these systems. This choice may have once been acceptable in times of warmer relations, when US military support was guaranteed with few, if any, conditions. But things are quickly changing.

There is of course President Donald Trump’s harsh rhetoric about Canada’s contributions to NATO. But warnings have also come from Canadian officials. For instance, our deputy commander of NORAD testified to Parliament last year that US policy is to not defend Canada in the event of a ballistic missile attack. And a 2014 Senate bi-partisan report, supported by two former Martin-era defence ministers, unanimously endorsed participation in BMD.

Were North Korea to assert its capability by attacking Canada, we could not defend ourselves. And there is serious doubt the Americans would intervene on our behalf.

The Institute has published my account of the findings, titled “Should Canada Participate in Ballistic Missile Defence? A Survey of the Experts.”

The survey left little doubt: Canadian defence experts think joining US BMD is a good idea. They also think it is an important step to addressing American concerns about Canada pulling its weight in collective defence.

Ninety per cent of respondents agreed that Canada should “co-operate with the United States on continental ballistic missile defence” and that doing so would not “entail unacceptable consequences for diplomatic relations with other countries.” Further, 80 per cent agreed that joining the system would “strengthen the Canada-US alliance.” Six of 10 agreed the North Korean threat is significant.

Respondents were more divided on whether there is public appetite for joining this new facet of the Canada-US security alliance. They were also mixed on whether doing so would be “prohibitively expensive.”

Nevertheless, the consensus of these defence experts on the wisdom of joining BMD should motivate consideration by the Trudeau government. The prime minister has officially ruled out any policy change. Yet circumstances dictate Canada must act to secure its own defences.

Jeffrey F. Collins is a fellow at the Canadian Global Affairs Institute, and is author of the MLI study “Should Canada Participate in Ballistic Missile Defence? A Survey of the Experts.”