in In the Media, Latest News
Reading Time: 2 mins read
A A

The recognition aims to identify people under 40 years old who are making a difference in their communities and excelling in their fields.

Newman, a law professor at the University of Saskatchewan, has carved out a meaningful place in the Canadian legal landscape with his research on Aboriginal affairs as they relate to natural resource development.

Newman has published extensively on the constitutional “duty to consult” with Aboriginals. He also led the analysis on a pair of Supreme Court decisions – the Tsilhqot’in and Grassy Narrows rulings – that changed the game on Aboriginal land title rights claims. 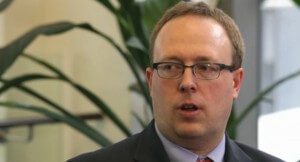 Newman has authored several papers for MLI on the inclusion of Aboriginal peoples in economic and resource development projects, including:

Professor Newman has also commented extensively on issues in the media. In addition to several op-eds and commentaries, he recently contributed to an interview with Maclean’s Magazine about judicial activism at the Supreme Court.