I Don’t Need a Crystal Ball to Know Your President’s Drug Importation Plan Will Flop: John Adams in Inside Sources 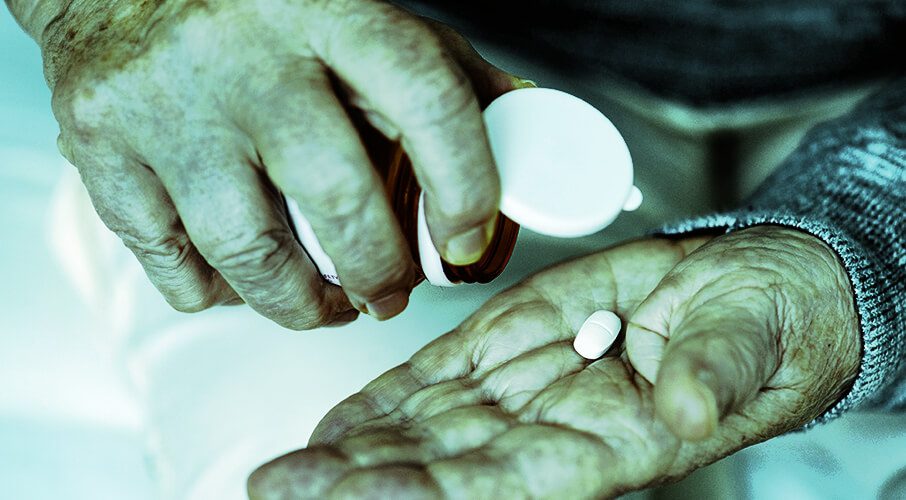 We Canadians urge our American friends to seek real solutions to current problems and not to embrace empty promises. The concept of cheap drugs from Canada has never been anything more than a political hallucination, writes John Adams.

On the whole, we Canadians genuinely want what’s best for our neighbors, friends and allies in the United States of America, particularly during these pandemic times caused by a virus that is blazing through cities and communities like the proverbial wildfire.

So, we are bemused and more than a little irritated that President Trump proclaimed recently that many of America’s healthcare problems could be solved by importing cheap prescription drugs from Canada.

As a friend, here’s a bit of advice: Please don’t be fooled into thinking that medicine costs are going to shrink because neighbors to the north will provide inexpensive drugs by the truckload.

It’s simply not going to happen and, for our sake and yours, it shouldn’t. The United States has real problems — a COVID-19 death toll at more than 163,000 and rising, 40 million people out of work, and many schools unable to open for the fall. Shouldn’t that be the focus?

There are at least three reasons politicians, Democrats and Republicans alike, should stop trying to deceive voters with these drug importation fantasies. The first is simply a matter of arithmetic.

The U.S. population is nine times the size of Canada. We simply don’t have enough prescription medications in our country to meet your demand. There are too many of you or too few of us. In fact, we don’t even have enough to meet our own needs.

We face serious drug shortages and, thus, the Canadian government, healthcare providers, and patient advocates see serious problems in sharing our limited supply just because Americans want drugs a little cheaper. Sorry, but we need those drugs intended for Canadians. The problem with healthcare costs is one that your country has to solve on its own. We recall those days when America was proud to be self-reliant.

Building on that, isn’t Trump harping on the need to “buy American” and avoid imported goods. It is a bit hard to keep a straight face when he says “buy foreign” for prescription drugs?

In fact, there’s no guarantee that drugs, if purchased from Canadian middlemen or others pretending to be Canadians, actually originate in Canada.

Our laws permit transshipments of medications from other countries. In the past decade, a growing percentage of drugs Canada imported came from Mexico, Russia and China, and isn’t the U.S. actively trying to reduce Chinese imports these days?

And that brings us to the issue of safety.

Quite frankly, when the United States is trying to cope with a public health crisis of a kind not seen in generations, it is mind-boggling to think Americans would be willing to make things worse by importing drugs that may be ineffective or, worse, life-threatening.

Canada does not check and does not have the resources to verify that the medicines originating elsewhere and passing through our country are what they claim to be. Have you heard of fake drugs?

Last, it might be easy to forget that America’s most daunting health crisis before COVID-19 was the growing opioid epidemic, and that crisis was made much worse by imports of deadly fentanyl coming through ports and international mail services.

The Border Patrol has its hands full defending you from that poison. Right now, the United States has a drug system that is the envy of the world for safety at a time when global drug counterfeiting and shipments of illegal, dangerous substances are booming.

Opening your system to potentially questionable imports will incur significant risk without a benefit (because, remember, Canada doesn’t have the drugs to provide).

Again, speaking as a friend, we Canadians urge our American friends to seek real solutions to current problems and not to embrace empty promises. The concept of cheap drugs from Canada has never been anything more than a political hallucination.

For all the good reasons we can think of, please don’t fall for fake news or phony solutions.

John Adams is volunteer chair of Best Medicines Coalition in Canada, a group of 28 patient organizations representing millions of patients, and president of Canadian PKU and Allied Disorders, a rare disease patient advocacy and support nonprofit. He is a frequent author for the Macdonald-Laurier Institute.