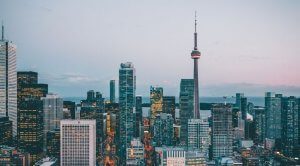 If Toronto needs more revenue, it would be better off raising its annual property taxes, writes Jack Mintz in the Financial Post. Below is an excerpt from the article, which can be read in full here.

Toronto City Council today considers a budget proposal to hike its land transfer tax (LTT) from 2.5 to 3.5 per cent on house transaction values in excess of $2 million. The proposal is projected to raise $18.7 to $26.7 million in 2021, a minuscule amount compared with Toronto’s $14-billion municipal budget. It would affect almost 40 per cent of Toronto sales this year (based on Feb. 12 listings).

Not surprisingly, the Toronto Regional Real Estate Board is on a rampage to defeat the proposal. A similar proposal died last year; nor is this one expected to pass. Whatever happens, however, a basic question needs to be asked: why would Toronto levy an LTT in the first place when Torontonians are fleeing to neighbouring municipalities that offer them more space?

In 2008, Ontario’s McGuinty government gave the City of Toronto the right to impose its own LTT on both residential and non-residential property — perhaps one of its worst decisions, as I explain below. Readers of this newspaper know that Toronto has become an expensive city to live in, with an average house costing close to $1 million. But on top of that a Torontonian buying this average home will pay $33,000 in provincial and municipal LTT. On a $3-million home, LTT is $123,000 (which the proposal would boost by another $10,000).

Toronto’s municipal government is the only “winner,” extracting close to $800 million in LTT revenues in 2019, sharply up from $525 million in 2015 — although it fell back to about $700 million in last year’s pandemic recession. But the tax has drawbacks even for it.