Daycare is no Laffer matter: Jack Mintz in the Financial Post 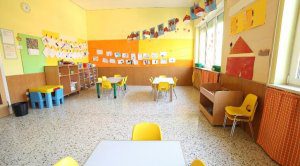 The public should be skeptical of stories, even ones garbed in sophisticated economic analysis, that subsidies will pay for themselves, writes Jack Mintz in the Financial Post. Below is an excerpt from the article, which can be read in full here.

Now that we are back in the era of big government, expect a proliferation of studies advocating a plethora of handouts to buoy the economy. Many industry and social policy groups are lined up to claim their pet subsidy will “pay for itself” with a vast increase in GDP, employment and therefore tax revenues.

These various fairy tales remind me of how supply-side economist Arthur Laffer persuaded Ronald Reagan to cut personal income tax rates in 1981. Laffer argued that lowering tax rates would have such a large effect on work effort and investment that even with the lower rates enough extra revenue would be generated to prevent any deficit from emerging.

Over the next few decades the highly politicized Laffer effect was used by Republicans to support tax cuts and opposed by Democrats as wishful thinking. Most tax experts, including myself, argue that tax cuts rarely pay for themselves. After the 1981 Reagan tax cuts, the economy did grow but deficits rose since not enough tax revenue was generated. Only in a few cases have we seen strong Laffer effects. Ireland’s deep corporate tax cut to 12.5 per cent in 2003 is an example. But it’s an exception.The Laffer argument doesn’t only apply to taxes, however. Many “negative taxes” or subsidies are also justified on the basis that they “pay for themselves.” Last week’s federal fiscal update introduced a new $5,000 subsidy for energy-efficiency retrofits. A claim that such subsidies would pay for themselves can be found in an often-referenced 2014 study by the Acadian Centre. It suggested a $68-billion spending program over the years 2012 to 2040 would lead to a breathtaking GDP increase of $387 billion. With GDP rising almost $6 for each dollar spent, tax revenues would surely exceed program costs.