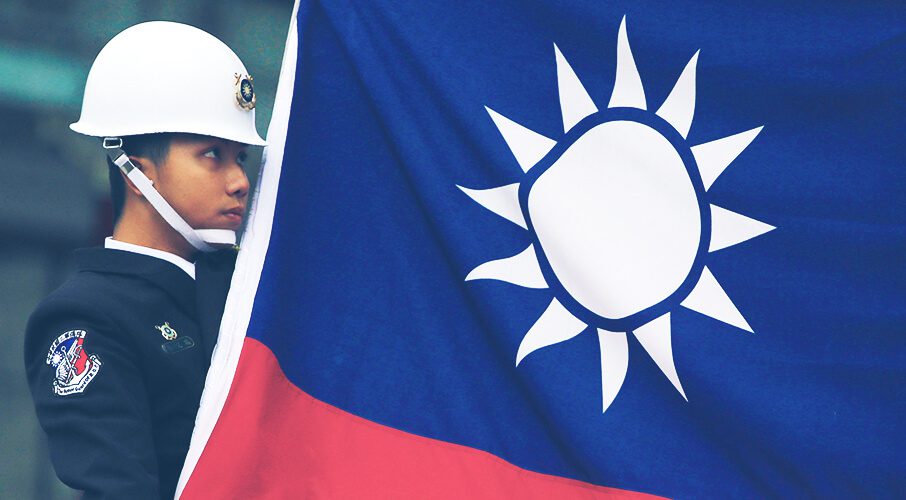 We have given the autocratic Chinese regime the power to create a dangerous blind spot in the international system, writes J. Michael Cole.

As recent history has demonstrated, there are no easy solutions to securing Taiwan’s participation at specialized UN agencies in the face of Chinese obstructionism. For a few years, and under a government in Taipei that agreed to echo Beijing’s language on “one China,” Taiwan was “permitted” to send observers under the moniker “Chinese Taipei.” All this, however, came to an abrupt end when the Taiwanese picked a candidate from the Taiwan-centric Democratic Progressive Party (DPP) in the January 2016 presidential election. President Tsai Ing-wen’s refusal to yield to China’s annexationist rhetoric has resulted in Taiwan’s inability, once again, to play a role at UN institutions.

Despite the repeated humiliation of Taiwanese experts and officials (and sometimes journalists) who have been denied entry at UN buildings because of the passport they carry, Taiwan has nevertheless persisted in its efforts to convince the international community that the modern island-nation of 23.5 million people should not be left out of multilateral institutions. Over time, a handful of significant democracies, among them the US, Germany, Japan and Canada, have made appeals for Taiwan to be granted “meaningful” participation at the said UN agencies, and a number of Taiwan’s official diplomatic allies have made similar calls inside the halls of the global organization.

And yet, year after year, such efforts have been frustrated, and Taiwan has been left out in the cold, a pariah status which even states and statelets that continually break international law or engage in terrorism have not been given. Declarations of support by foreign ministers and other senior officials, op-eds and press releases to that effect, give us a sense of rectitude, and no doubt they are received warmly by the people of Taiwan. For example, Global Affairs Canada stated last week that “Canada supports Taiwan’s meaningful participation in international organizations where there is a practical imperative and where Taiwan’s absence is detrimental to global interests.” But it has become clear that this strategy is not working, and that more of the same will not yield different outcomes. To this day, Taiwan is unable to participate at the International Civil Aviation Organization (ICAO), the World Health Assembly (WHA), Interpol, and other specialized agencies.

The core of the problem lies with the influence that China has accumulated at the UN and at the UN General Assembly — especially among developing countries — over the years. It is now such that the world’s leading democracies and economic powerhouses, even when acting in concert, have been unable to gainsay Beijing on a number of pressing issues, of which Taiwan’s participation is but one. This has been compounded by the fact that many specialized UN agencies, including the Montreal-based ICAO, are headed by Chinese nationals who have repeatedly put China’s interests (including its claims on Taiwan) ahead of those of the international community.

One country now has the power to veto decisions that affect us all, from disease control to air safety, the tracking of international terrorists to global warming. Through our inability to push back, we have given an autocratic regime the power to create a dangerous blind spot in the international system.

For Taiwan, its ability to participate — to contribute to the international system and to access important information it needs to protect its citizens and visitors to the region — has been hijacked by Beijing. Participation is now tied with the decisions that the Taiwanese make at the polls, contingent on democratic outcomes empowering politicians and political parties whom autocratic Beijing deems palatable — in other words, who are willing to play into the regime’s annexationist designs, which are highly opposed by the Taiwanese public. In the past, the pass key was based on Taipei abiding by the so-called “1992 consensus,” a political construct which, among other things, includes recognition of “one China.” Furthermore, there is nothing to prevent Beijing from adding demands to secure Taiwan’s ability to join UN institutions, such as adhesion to the “one China” principle or “one country, two systems” over the heads of the Taiwanese public. Beijing has moved the goal posts before, and it could very well do so again.

Ah hoc appeals to the greater good, to the “blind spot” that is caused by Taiwan’s inability to participate in UN agencies, drawing attention to the contradiction between decisions at the UN and the spirit of its Sustainable Development Goals (SDG) — all have largely fallen on deaf ears.

People worldwide would scream murder if, say, a country successfully prevented Australia, a democracy with a population slightly smaller than Taiwan’s, from joining annual meetings at agencies. And yet we mostly get silence when China does that to Taiwan, which without doubt can make contributions that are as substantial as Australia’s and is, furthermore, arguably located in an even more strategic spot on the world map. For example, Taiwanese airports service 1.7 million flights and nearly 70 million passengers annually, a traffic volume this is comparable to France’s.

How do we account for this? Because our efforts have been mostly ad hoc. Because we have a tendency to pull back whenever Beijing threatens us. And because there have been no consequences for Beijing’s undermining international cooperation.

Sadly, an unless we do something about this, the international community is unlikely to pay attention, or to realize that this is a serious issue that also concerns them, until something terrible happens, in the form of an air accident near Taiwan’s airspace, a terror attack, a new SARS outbreak or some other catastrophe.

Since it would be imprudent to wait until a catastrophe focuses minds at the UN and within the international community, are there potential courses of action that could open avenues for Taiwan’s rightful participation at UN agencies? I would argue that those exist, provided that democracies work together and adopt new strategies that involve creativity, greater risk-taking, and a willingness to punish China for its recidivism. Among other things:

J. Michael Cole is a Taipei-based senior fellow with the Macdonald-Laurier Institute, the Washington, DC-based Global Taiwan Institute, and the Taiwan Studies Program at the University of Nottingham. He is a former analyst with the Canadian Security Intelligence Service in Ottawa and holds a Master’s Degree in War Studies from the Royal Military College of Canada.