Conservatives have much to answer for. Voting against M-103 is not on the list: Kaveh Shahrooz in The Line 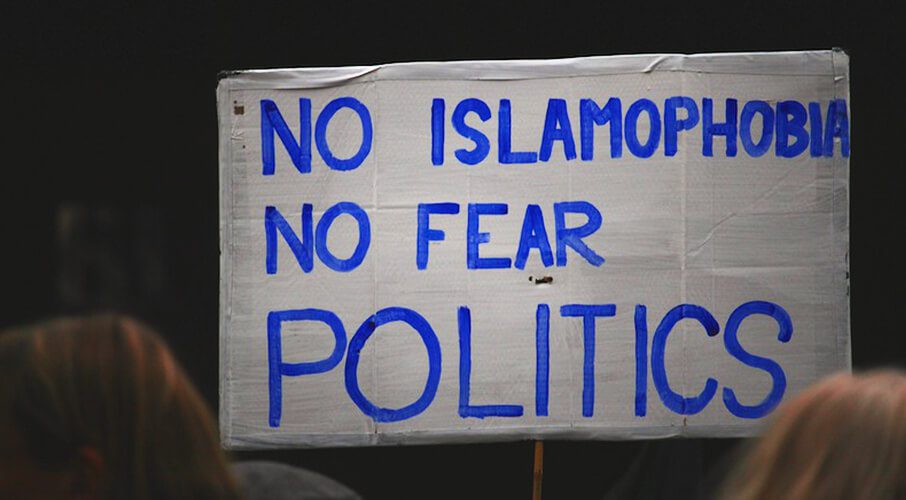 We, as Canadians, should grieve for the Afzaal family and their community. Without a doubt, hatred should be fought. But when the grief subsides and debate returns, we should remember that M-103 provided no protection to that family but set the stage for an encroachment on our rights, writes Kaveh Shahrooz.

This article initially appeared in The Line.

The killing of four members of the Afzaal family in London, Ontario last Sunday was the most heinous of crimes. If the facts are as the police allege, the accused appears to have been motivated by hatred. And he directed his murderous hate at a beautiful and innocent family. He should face the full wrath of the law without mercy.

No decent person should equivocate in giving this crime the condemnation it deserves. Nor should anyone hesitate to grieve alongside Canada’s Muslim community.

Alas, politics pauses for nothing, even a national tragedy. And so, in the midst of grief, there are already voices using the killings to score points against (mostly right-leaning) politicians who did not vote to adopt M-103, the 2017 “Islamophobia motion” in Canada’s parliament.

Introduced by Mississauga Liberal Iqra Khalid, herself a member of the Muslim community, the non-binding motion of fewer than 200 words became a lightning rod. It asked for the government to condemn Islamophobia, and for the Standing Committee on Canadian Heritage to study how government could reduce systemic racism and religious discrimination, including Islamophobia. The motion passed by a vote of 201 to 91. The motion briefly became a flashpoint in a broader culture war, with each side imputing evil motives to the other. Opposition to it came primarily from the Conservatives and some members of the Bloc Québécois.

In the aftermath of the Afzaal family killings, with national mourning and anger displacing rational debate, that vote has taken on new significance.

“It is difficult to hear someone like Erin O’Toole say that ‘Islamophobia has no place in this country’ when he voted against M-103,” said the CBC’s Ginella Massa on air, as she jettisoned all pretense of non-partisanship and neutrality while being employed at a taxpayer-funded broadcaster. Brampton Mayor Patrick Brown asked for the 91 MPs who voted against the motion to apologize. The Toronto Star ran a lengthy piece on whether condolences from Conservative and Bloc MPs “ring hollow” in light of their vote. And on Twitter, figures with large followings lambasted federal politicians who rejected M-103 and called for Canadians to vote them out. Moved by the grief — or, interpreted more cynically, sensing the shifting political winds — Conservative MP Michelle Rempel Garner essentially apologized for her vote against that motion.

Winston Churchill famously said that one should “never let a good crisis go to waste.” The adage sounds callous, but it is smart politics. I do not fault those who see in the London tragedy an opportunity to press an advantage, embarrass their opponents, and advance their policy preferences. Nor do I fault them for deliberately ignoring the Liberals’ earlier vote against an almost-identical Conservative motion which condemned “all forms of systemic racism, religious intolerance, and discrimination of Muslims, Jews, Christians, Sikhs, Hindus, and other religious communities.” Politics is a rough game and capitalizing on a moment is par for the course.

But we, the public, need not surrender our critical faculties just because passion is running high. So, at the risk of being unpopular and out-of-sync with fashionable ideas, let me say that I disagree with Ms. Massa, Mr. Brown, Ms. Rempel-Garner, and much of the commentariat. M-103 may have been a well-meaning motion, but it was a poorly drafted one. And in a liberal democracy, it never should have been adopted.

I do not know what was in the hearts of each of the 91 MPs who voted against the motion. Did some do so out of prejudice against Muslims, or wildly inflated worries about Sharia coming to Canada? Almost certainly. But, allow me to submit, as a person born into the Islamic tradition and culture (but who does not practice) that there are perfectly rational, non-bigoted, and lower-case liberal reasons to have rejected M-103 as well.

The problem with the motion was always that its key term, Islamophobia, remained undefined. Garnett Genuis, a Conservative MP and one who is active in helping many of us who fight for human rights in the Muslim world, noted this during debate. He correctly identified that “‘Islamophobia’ can be used to mean both discrimination against Muslims and criticism of Islamic doctrine or practice. It is important that we not conflate the two. Religious people deserve legal protection, but religions do not.”

It is an obvious point but one that needs to be repeated: Islam is not a race or ethnicity. It is a set of ideas. And those ideas are ones with which even many in the Islamic world disagree. Many dissenters are forced to abide by those ideas at gunpoint. It is their belief that their religious texts and practices are incompatible with democracy, human rights and gender equality. These reformers or ex-Muslims often face severe punishment, either at the hands of the state or their community. Whether their position is the correct one is not really the point. What is relevant here is that, by virtue of their refusal to provide a definition of “Islamophobia” and limit its application, the Liberals left open the possibility that such principled dissent to religious doctrine could be captured by an overbroad term.

This is not mere conjecture. Examples of overbroad application of “Islamophobia” abound. Take, for instance, the 2016 decision by the Southern Poverty Law Center, a once-storied anti-racist legal and advocacy organization, to list Maajid Nawaz, a mainstream Islamic reformer, in its Field Guide to Anti-Muslim Extremists. That guide is much relied upon by media and government agencies, and being placed on it is akin to being turfed out of polite society. It took a lawsuit and a $3.4 million settlement for the SPLC to agree to remove Nawaz from the guide.

Dictatorial regimes in the Muslim world are well aware of this semantic confusion in the West, and often rely on allegations of “Islamophobia” as a basis to attack liberal democracies. If you think their critiques do not eventually find their way into respectable Western discourse, spend a little time reading the troubling 2018 decision by the European Court of Human Rights that upheld a woman’s conviction for her “disparagement of religious precepts.” The European court, one of the leading human rights courts in the world, determined that the woman’s harsh critiques of the Prophet Muhammad were “beyond the permissible limits of an objective debate.”

The Conservative Party of Canada has much to account for in its treatment of the Muslim community in recent years — including coddling of extremist fringe-right commentators to the odious barbaric practices snitch line. However, opposing M-103 is not among among those sins. It is not hard to imagine that, in an era where free speech and other protections are regularly threatened by appeals to identity, a well-meaning but sloppy effort to protect Muslims from hatred could similarly go off track in Canada, further imperiling already-vulnerable liberal norms.

We, as Canadians, should grieve for the Afzaal family and their community. Without a doubt, hatred should be fought. But when the grief subsides and debate returns, we should remember that M-103 provided no protection to that family but set the stage for an encroachment on our rights.