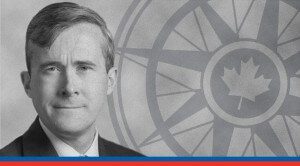 OTTAWA, ON (Dec. 22, 2017): For the latest edition of the Macdonald-Laurier Institute’s Straight Talk Q & As, MLI spoke with Alastair Gillespie, Munk Senior Fellow and author of MLI’s Confederation Series. A London, UK-based capital markets lawyer, Alastair recently received a Senate 150 medal for his work with MLI and the Confederation Series.

As Canada’s Confederation sesquicentennial year comes to a close, Gillespie discusses the role of the Fathers of Confederation and the importance of their vision of Canada and the Canadian people. Click here to read.

“Canadians should never underrate the importance of our free and democratic institutions. Canada was born free,” says Gillespie. “A key contribution the Fathers of Confederation made is this idea of a Canadian people. A Canadian people that could exist regardless of differences of national origin, language, and religion.

Alastair Gillespie is a Canadian lawyer living in London, England and a Munk Senior Fellow with the Macdonald-Laurier Institute.

VIDEO: Sean Speer and Alastair Gillespie on the Confederation Series

VIDEO: Sean Speer and Alastair Gillespie on the Confederation Series