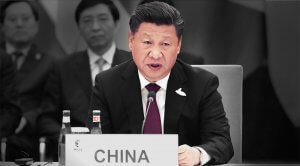 By downplaying the traumas of the Cultural Revolution and indoctrinating an entire new generation of Chinese people, the new history makes it more likely the widespread application of terror and violence will happen again, writes J. Michael Cole in iPolitics. Below is an excerpt from the article, which can be read in full here.

Most troubling are the substantial revisions that have been made to the section on the Cultural Revolution, a decade of turmoil launched by Mao Zedong in 1966 that resulted in millions of unjust cases and unnatural deaths, and destroyed the myth of CCP infallibility. Whereas earlier versions of the Brief History — the latest dating to 2010 — clearly blamed Mao for the unmitigated catastrophe, the latest version does not do so. Instead, it claims that Mao’s “correct ideas” and efforts to “fight against corruption, special privileges and bureaucratism within the party and government” were “not thoroughly implemented, leading to internal turmoil.”

Moreover, unlike older versions, which contained an entire, 11,000-character chapter on the man-made calamity, the latest version offers mere cursory sketches. The Brief History will serve as a resource for teaching the party’s history in schools. Consequently, besides being fed a more nationalistic take on history, young Chinese students will know less about, and will grow up to have a warped understanding of, one of the rare areas of modern Chinese history about which the CCP had been more willing to admit errors.

The Cultural Revolution will therefore join other blemishes on the party’s past, such as the Tiananmen Square Massacre of June 1989, down into the vault of collective, state-sanctioned amnesia. And no doubt this “official” version of history will be accompanied by reinvigorated efforts by the party apparatus to censor and ban “alternative” takes on the subject, including books like Yang Jisheng’s The World Turned Upside Down, originally published in Chinese in 2016 and released in English translation earlier this year (his earlier book on the Great Leap Forward, Tombstone, is banned in China).

Winston Churchill and the 12 Ineffable Qualities of Leadership: Bob Plamondon for Inside Policy