China’s practice of kidnapping citizens of other nations must stop: Margaret McCuaig-Johnston in the National Post

in Columns, Dragon at the Door, Foreign Affairs, Foreign Policy Program, In the Media, Latest News
Reading Time: 2 mins read
A A 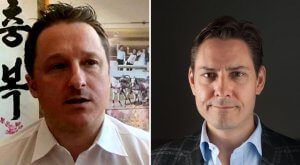 Michael Kovrig and Michael Spavor are not the first to be held hostage by Beijing. It is time for liberal democracies to come together to show China significant consequences for such actions, writes Margaret McCuaig-Johnston in the National Post. Below is an excerpt from the article which can be read in full here.

Michael Kovrig and Michael Spavor are not the first to be held hostage by Beijing. In 2014, Canadians Kevin and Julia Garratt were detained after Chinese national Su Bin was arrested in Canada for extradition to the U.S. on charges of stealing military secrets. Michael Kovrig was working then at our embassy in Beijing, so he knows the kind of interventions that are going on now. The Garratts’ book, Two Tears on the Window, is a chilling description of their experience.Years before them, Uyghur-Canadian Huseyin Celil was detained while visiting Uzbekistan, transported to China, tried as a separatist with no evidence or consular access, and is serving 32 years in prison.
This horror has befallen other Canadians, as well as citizens of other countries. It is time for liberal democracies to come together to show China that there are consequences for such actions.In a dispute over the Senkaku Islands in 2010, China detained four Japanese citizens, and the government in Tokyo caved in to get their citizens back. Since then, nine Japanese citizens have been imprisoned in China on alleged espionage charges, with one given a 12-year sentence.

Swedish activist Peter Dahlin was detained for 23 days in 2016, forced to confess, and then expelled from China, as were British and French activists. The previous year, Swedish publisher Gui Minhai and U.K. bookseller Lee Bo were kidnapped in Thailand and Hong Kong respectively, taken to China, forced to replace their citizenships with Chinese, and are still incarcerated there. Similarly, in 2017, Chinese-Canadian billionaire Xiao Jianhua was kidnapped in Hong Kong and is still detained in China.