The China-U.S. trade war presents an existential crisis for the G20 nations: J. Berkshire Miller in the Globe and Mail 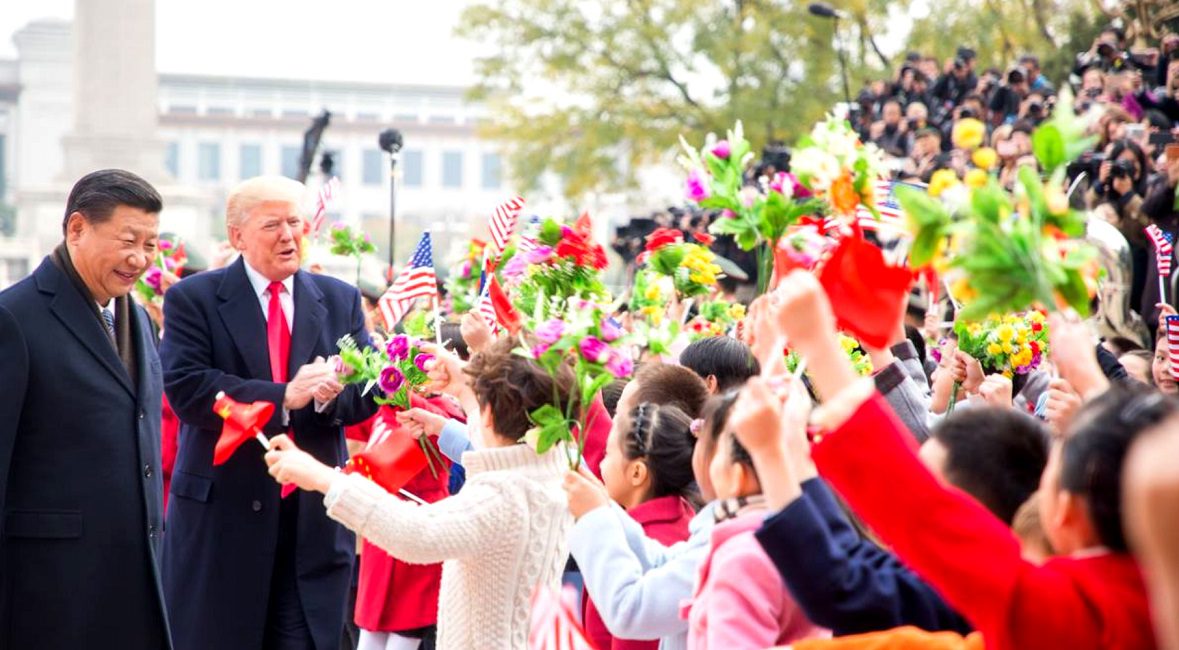 The US-China trade war isn’t happening in a vacuum. And the looming G20 summit is an opportunity for countries, especially those in the Indo-Pacific region, to prove that they recognize the genuine threat this conflict poses to the world order – or show how little they understand – writes J. Berkshire Miller.

In one month, leaders from the world’s top economies will meet at the Group of 20 summit in Osaka, Japan, to discuss key issues in the global economy. But the Osaka summit threatens to be held hostage by a growing feud between the world’s two largest economies – the United States and China – on trade, investment and the application of “fair rules” to economic practices.

Earlier this month, the U.S. and China’s 90-day truce collapsed without a deal. As a result, U.S. President Donald Trump elevated existing tariffs from 10 per cent to 25 per cent on US$200-billion worth of Chinese exports to the United States; his administration is hoping to compel China to make structural changes to eliminate forced-technology transfers and intellectual-property theft, among other areas. But Beijing has responded in kind, by increasing tariffs itself on U.S. imports. This reciprocal levy exchange has the potential to spiral out of control. Mr. Trump has already threatened to place tariffs on the remaining two-thirds of Chinese exports if Beijing takes any more retaliatory measures.

But this trade war isn’t happening in a vacuum. And the looming G20 summit is an opportunity for countries, especially those in the Indo-Pacific region, to prove that they recognize the genuine threat this conflict poses to the world order – or show how little they understand.

Perhaps even more alarming and intractable than this brinkmanship has been Beijing’s reaction to the building competition with the United States on technology – a row that has both geoeconomic and security implications. Last week, Mr. Trump signed an executive order barring U.S. companies from using information and telecommunications equipment made by companies that pose a national-security risk, widely seen as a ban on doing business with Chinese telecom Huawei, which continues to lobby Western countries to allow them to participate in the building of next-generation 5G networks. The U.S. has rejected such involvement as an unacceptable risk to national security, and has pushed its closest allies, including its Five Eyes intelligence partners, to follow suit.

Beijing’s potential response could have a chilling effect on international markets. Earlier this week, Chinese President Xi Jinping made a publicized visit to a large rare-earth firm in southern China, a warning shot that Beijing may respond with a trump card: a ban of rare-earth minerals to the U.S. market.

China continues to be the world’s largest supplier of rare earth, used for high-technology consumer products and military equipment, accounting for roughly 90 per cent of the world’s production and a lion’s share of the United States’ imports, so the move would be deeply destabilizing – though not without precedent. In late 2010, Beijing heavily curtailed its supply of rare-earth minerals to Japan – also heavily dependent on a secure supply – amid their row over the Senkaku Islands. China has also used economic coercion during disputes with other neighbours in the region, including one with South Korea over the 2016 deployment of an anti-missile battery.

Indeed, the environment in Asia is marked with geopolitical clash points for Beijing and Washington, with disputes in the East and South China Seas. This has been made clear through the U.S. National Defence and National Security strategies that label China as a strategic competitor that “seeks to displace the United States in the Indo-Pacific region, expand the reaches of its state-driven economic model, and reorder the region in its favour.”

China has been alarming U.S. allies and partners in the region not only through its assertive activities in the maritime domain, but also through its large-scale plans to spread influence through its Belt and Road Initiative.

The G20 cannot simply wait out the U.S.-China tensions, or assume this is an aberrational Trump-related moment; doing so would only underestimate the real challenges in their relationship. This is true particularly for countries in the Indo-Pacific region, which have the highest stakes in a stable but balanced relationship between the two.

Countries will need to face these tensions head on, promote cohesion and find a way forward – or risk allowing the Group of 20 to flounder into irrelevance.

Should we give the Christchurch killer what he wants?: Leuprecht, Skillicorn and McCauley for Inside Policy

Why and How Pakistani Christian Girls Are Smuggled to China: Irfan Yar in the Diplomat

Why and How Pakistani Christian Girls Are Smuggled to China: Irfan Yar in the Diplomat