Charting a New Trajectory in India-Sri Lanka Relations: Vijay Sappni in the ORF 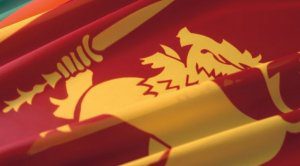 As Sri Lanka moves closer to China in its economic ties, concerns about the Indo-Sri Lanka bilateral relationship grow, writes Vijay Sappani in the ORF.

India and Sri Lanka have enjoyed a cordial and relatively stable relationship since their independence. In the post-Liberation Tigers of Tamil Eelam (LTTE) era, the neighbours align over key security and economic objectives, which includes maintaining freedom of navigation in the Indian Ocean region, combating the threat of terrorism, and working together towards a more prosperous South Asian neighbourhood. Yet the relationship is in need of a fresh impetus. Over the years, Sri Lanka has drifted towards China for economic support and views her as a more reliable partner in enabling domestic economic development. This has generated concern in New Delhi over the state of the bilateral relationship between the two countries, which views Beijing’s proximity to its neighbours as undermining India’s influence in the island nation.

Killing of Indian fishermen by the Sri Lankan Navy, as well as the cancellation of the East Container Terminal port contract to India are lingering issues that have added to these concerns. In addition, the Sri Lankan government led by the Rajapaksa family are historically known to be closer to China than India and these developments have made India and her allies worried about China’s growing clout in the Indo-Pacific waters. China, for instance, is set to commence the construction of a US $13 billion city on Sri Lanka’s seafront close to Colombo, according to a recent report in the Wall Street Journal.

Therefore, despite the convergence of objectives and interests, there is an urgent need for India and Sri Lanka to carefully and deliberately reinvigorate their bilateral relationship.

China’s pre-eminence a given?

Over the last few years, Chinese footprint has increased dramatically in the island nation. Sri Lanka’s embrace of China largely stems from two factors. First, Sri Lankans continue to be suspicious about India’s motives vis-a-vis the Tamil cause. Second, India’s slow bureaucratic processes that delay approvals incite suspicions of India’s commitment to Sri Lanka. Last year, the Indian government took five months to approve a loan moratorium sought by Colombo while Beijing approved an additional US $500 million loan from its development bank in no time. China’s quicker decision making, and its far larger assistance makes them a more attractive partner.

Yet, this economic interaction with China has not been without ramifications for Colombo. Sri Lanka has been forced into a debt trap, and has had to sell its strategic assets though debt-equity swaps leading to creation of zones where its own sovereignty has been negated. Overtime, this is likely to force Sri Lanka to accord higher priority to diversity and balance in its foreign policy and international relations.

India can build on these educational exchanges by establishing an Indian Institute of Technology (IIT in Sri Lanka’s planned education zone. In the country’s northeast, India can set up technical and English language training centres like the Sri Lanka-India Centre for English Language Training (SLICELT) in Kandy. In addition, India and Sri Lanka  should look forward to extensive cooperation in pharmaceutical manufacturing, as announced in the joint statement issued during Jaishankar’s visit earlier this year.

In the technology sector, India could create job opportunities by expanding the presence of its information technology companies in Sri Lanka. These organisations can create thousands of direct and indirect jobs and boost the island nation’s service economy—something that was recognised by both sides during Jaishankar’s visit. Aside from a special economic zone (SEZ) for pharmaceuticals, the two sides could also look into similar provisions for information technology and education, among other sectors.

As Sri Lanka embarks on the arduous project of drafting a constitution, India can lend its own experience in managing minority rights and diverse populations. It can help Sri Lanka draft policies ensuring linguistic and cultural freedom, access to grievance redressal, and reservation in representative bodies.

Last, India and Sri Lanka must look for ways to boost people-to-people contacts. The island nation’s greatest number of tourists come from India, but the scope of religious tourism is yet to be explored. Through Prime Minister Modi’s US $15 million grant for promotion of Buddhist ties with Sri Lanka announced last year, the two countries can look to create a Buddhism knowledge and tourism corridor. Finally, the grandeur and prevalence of cricket in both countries ought to be leveraged. Expanding the Indian Premiere League (IPL) to Sri Lanka in partnership with Lanka Premier League (LPL) will encourage people-to-people contact and boost tourism.

Cooperation in these sectors does not diminish concerns on issues where the two neighbours might not align: Tamil minority rights and China’s importance in Sri Lanka’s economy. However, history, cultural closeness and the constraints of geography poise India and Sri Lanka as natural and permanent partners to tide over these issues and explore synergies in new avenues to further their respective economic and developmental aspirations jointly.

Indigenous issues fade in the election, but can a consensus emerge? Ken Coates for Inside Policy