A carbon tax is going to have to be set high if it’s going to work, Macdonald-Laurier Institute Senior Fellow Philip Cross told BNN. 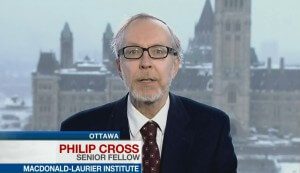 “What I call a fantasy is the idea that a very small tax will do the job”, Cross told the program. “I think we have to be more honest that there are going to be economic consequences to this”.

Cross says that if governments are going to introduce a tax they should be clear about how high they intend to make it.

Cross recently authored two columns on the subject of a carbon tax for the National Post, sparking a debate in the newspaper’s editorial pages. He also spoke with the CBC program The 180 on the subject.