in In the Media, Latest News, Newsletters
Reading Time: 3 mins read
A A

Check out the latest in great public policy research and commentary with Vol. V, No. 10 of the MLI newsletter. 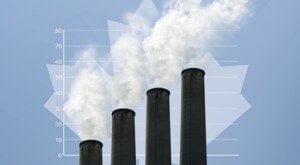 Highlights of this edition include the release of our latest major research paper. In “The Carbon Tax Win-Win: Too good to be true?”, economist Robert P. Murphy challenges the common notion that a carbon tax would be beneficial to the economy as well as the environment, if the revenues were used to make a coinciding reduction in pre-existing taxes.

There is also a new commentary from MLI’s Managing Director, Brian Lee Crowley. “Internal Charade” makes the case that internal trade barriers will continue to impede the free flow of goods in Canada until Ottawa steps in to get tough with the provinces.

We also include details of MLI’s analysis of the terror attacks that hit the Nation’s Capital and rural Quebec last month. Crowley, Perrin and MLI author Christian Leuprecht all contributed op-eds and comments in the media.

Other features of the newspaper include details about the upcoming MLI Dinner Series featuring former Assembly of First Nations Chief Ovide Mercredi in Vancouver, a column from Crowley on the disruptive taxi service Uber, photos from a recent discussion of Canada’s prospects for trade with Asia and a column from Senior Fellow Philip Cross.