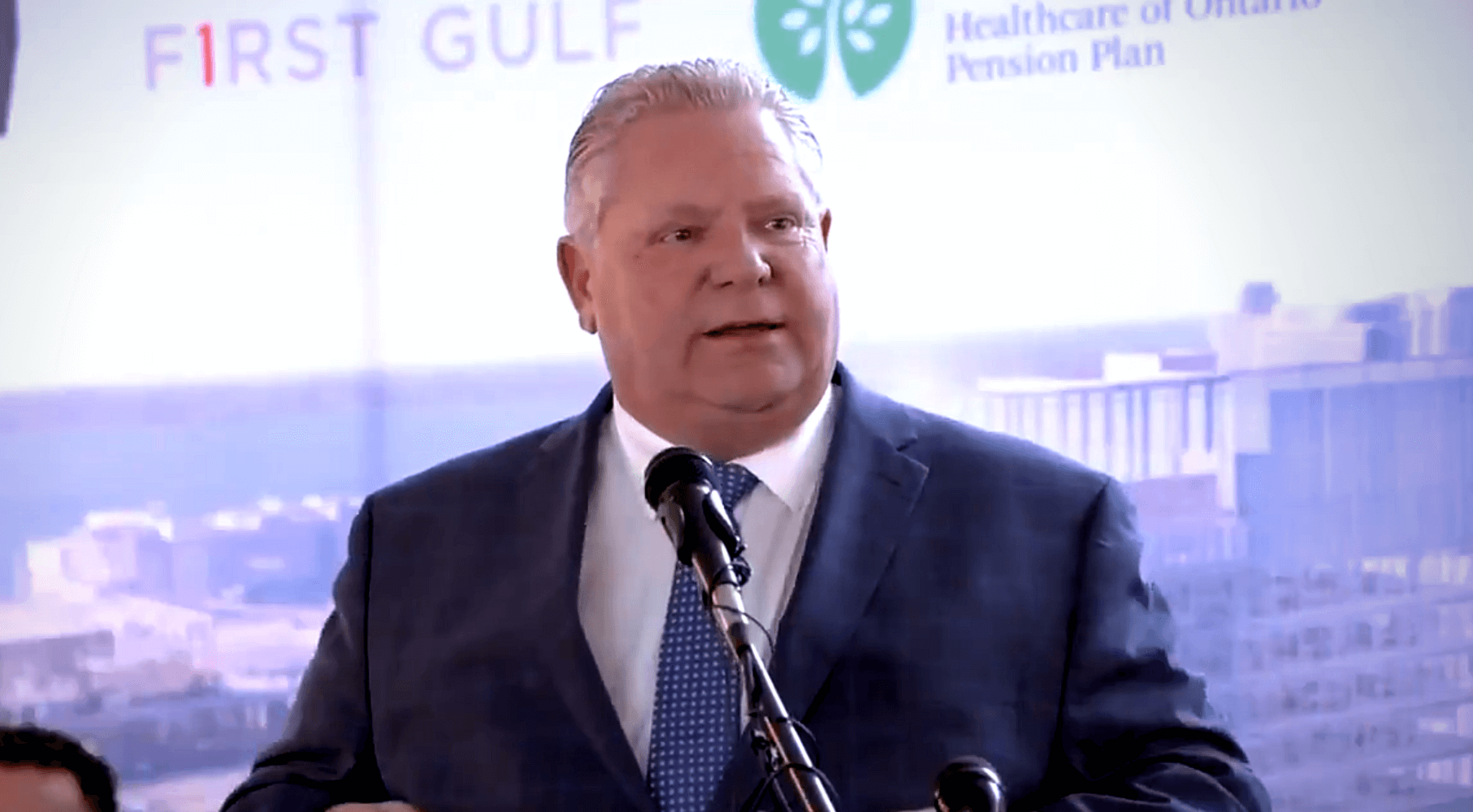 Thus far, the Ford government has done a better job than the Trump Administration in translating its populist impulses into concrete policies to benefit working-class people, writes Sean Speer.

The Trump Administration’s effort to bring policy expression to its populist impulses remains a work in progress. There have been some positive signs such as its firmness on addressing the trade imbalance with China. But there have also been missed opportunities such as the supply-side bias in the Tax Cut and Jobs Act of 2017. This unevenness has observers such as National Review’s Rich Lowry rightly calling for a “populism that is less stylistic and more substantive.”

Different factors have inhibited the translation of the president’s populist insights into a substantive policy agenda. Part of it is the president’s own disinterest in matters of public policy and governance. Part of it reflects the Republican establishment’s resistance to deviations from long-standing orthodoxy. And another is the tension between populism’s anti-elitism and the inherent technocracy of policy design, development, and implementation.

But, irrespective of the cause, Lowry is correct that the president’s populism cannot merely be stylistic. It must be matched with a substantive agenda rooted in the concerns, interests, and aspirations of working-class people.

Several policy scholars and practitioners published books in 2018 that sought to inform and shape such an agenda. National Review executive editor Reihan Salam’s new book, “Melting Pot or Civil War?,” argues for a reconceptualisation of American immigration policy in an era of economic and social disruption. Former Canadian Prime Minister Stephen Harper’s book, “Right Here, Right Now,” describes a program of “populist conservatism” in which conservative policy means are deployed to serve populist ends on trade, taxes, immigration, and globalisation. And the Manhattan Institute’s Oren Cass has published a sweeping, new policy vision that subordinates macroeconomic objectives to the cause of creating and enabling paid work. These are important contributions to realizing what Senator Mike Lee has called a “conservatism for the forgotten man.”

A new Conservative government in Canada’s largest province is working through these same questions. Its first five months at the seat of Ontario’s government have exhibited some of the same populist impulses of the Trump Administration — in style but also in substance. Its “plan for the people” — particularly its newly-enacted Low-Income and Families (LIFT) tax credit — may therefore proffer lessons for the Trump Administration in particular and American conservatives in general in finding a coherent synthesis of populism and conservatism.

American readers may recognize the last name of Ontario’s new premier. Doug Ford is the brother of Rob Ford whose high-profile term as Toronto’s mayor was marked by his anti-establishment streak (his main campaign commitment was to “stop the gravy train”), episodes of illicit drug use, and ultimately his untimely passing after a bout with a rare form of cancer.

Premier Doug Ford shares his brother’s penchant for bottom-up politics but without some of the rougher edges. He is still a political outsider whose conservatism is instinctive rather than cerebral. He famously hands out his cellphone number to ordinary citizens — including at a recent conference of 4,000 trade union members. And his election victory in June 2018 was driven by an unconventional coalition of high-income earners and working-class people.

Thus far the Ford government has done a better job than the Trump Administration in translating its populist impulses into concrete policies to benefit working-class people. The LIFT tax credit, which was announced in a Fall Economic Update and took effect on January 1, 2019, is the best example.

LIFT was conceived as an alternative to the previous Liberal government’s legislated minimum wage increase to $15. Its $30,000 threshold is the equivalent of the annual income for a full-time, minimum-wage earner. The Ford government has thus repealed the minimum hike and substituted a targeted, low-income tax cut instead.

Delivering the tax relief in the form of a tax credit rather than a general increase to the basic personal exemption (presently set at $10,354) has enabled the government to target the working poor as opposed to all taxpayers and, in so doing, contained the fiscal cost. The projected cost is $495 million per year — less than 1.5 percent of personal income tax revenues and less than half a percent of total tax revenues. It also permits a careful phase-out with an implicit tax rate of 10% which should create minimal work disincentives. This amounts to a low-cost, high-impact expression of the coming together of politics and policy, equity and efficiency, and populism and conservatism.

LIFT represents populists and conservatives finding common ground not just to oppose poor progressive proposals, but to challenge them with better ideas. It is an effective case study of what conservative scholar Yuval Levin has called “applied conservatism.”

President Trump has disrupted American politics with his unique insights about the concerns, interests, and aspirations of working-class people in United States. But it is not enough to merely hear and see issues that others missed. A “conservatism for the forgotten man” requires that we also respond with well-designed, targeted, and affordable policies. Ontario Premier Doug Ford and his LIFT tax credit is an example of such a conservatism in action. The President should take notice. It would be a big step in the direction of substance over style.