Canada at 150 – worth celebrating, but not good enough: Charlotte Gray for Inside Policy

in Columns, In the Media, Inside Policy, Latest News
Reading Time: 4 mins read
A A 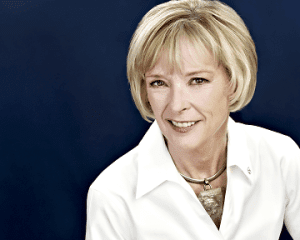 Compromise. Good government. Prosperity. Canadians have much to celebrate as we prepare to mark 150 years since Confederation.

But for award-winning author Charlotte Gray, there are still scars on the landscape.

Gray will be moderating the panel at the Macdonald-Laurier Institute’s Confederation Dinner: A Celebration of Canada, Feb. 16 at the Canadian Museum of History.

Canadians can look forward to fireworks and birthday cake this year. And we can also look forward to foreign visitors. Thanks to our low dollar, Instagram-friendly Prime Minister and Lonely Planet’s declaration that Canada is 2017’s best travel destination, plenty of outsiders are expected to arrive here for the sesquicentennial. (Some of them may even learn how to pronounce it.)

What will they find? And what will Canadians discover about our own country this year?

I’m certainly looking forward to joining the fun. But I also want our country’s 150th birthday to be more than an Own The Podium burst of euphoria. I hope it gives Canadians and non-Canadians a chance to understand this country’s uniqueness – a uniqueness that is rooted in past achievements, but will continue only if we sustain those achievements as we embark on the next 150 years.

The evolution of this country has been extraordinary and rapid. Within a century and a half, a grumpy clutch of former British colonies transformed themselves into one of the most respected countries in the world.

Canada was gradually transformed from a narrow, xenophobic country cowering in the shadow of the United States into an officially bilingual state that welcomed immigration

Thanks to the deal made between the various politicians who attended the Charlottetown Conference in 1864, we share citizenship within Confederation. But there has never been a homogenous Canadian identity. The existence of an entire French-speaking society within this country has forced successive leaders to build an inclusive, rather than an exclusive, model of citizenship. So Canada was gradually transformed from a narrow, xenophobic country cowering in the shadow of the United States into an officially bilingual state that welcomed immigration. Canadians have never shared the kind of back-slapping tribal nationalism that once characterized European countries – and dangerous elements of which are reappearing in some places.

Since the earliest days of the Dominion, this country has been built on compromises, as citizens accommodated different languages, different ethnic backgrounds, different regional priorities, different religions. Quiet flexibility within our institutions – whether we are talking about the federal system of government, education and health care programs, the judiciary or our culture – is a key Canadian characteristic. As global borders dissolve, Canada is perhaps the only country that has been successful in not just managing pluralism but making it part of the definition of this country.

Compromise is never glamorous, and certainly doesn’t make for the bloodthirsty dramas (brutal civil wars, suicidal heroism) that enliven other countries’ pasts, and look great on screen (think Lincoln, Braveheart or Birth of a Nation.) As Peter C. Newman once put it, “Canada is the only country in the world that wants to be Clark Kent rather than Superman.” But compromise has worked for Canada, and allowed it to grow and prosper. We have sturdy institutions that reduce inequality, underpin the rule of law, promote social cohesion and help secure the promise of the British North America Act: “peace, order and good government.”

Not bad…and definitely, worth celebrating.

But also – not good enough.

My broad brush review of our history has ignored negative episodes and attitudes, including the marginalization of Indigenous peoples and repeated outbursts of racism, especially against refugees. New recognition of missed opportunities, injustices, cruelties and failures have reshaped our perspective on the past. There are still scars on the landscape – deep pockets of poverty, inequality and prejudice.

However, I don’t think acknowledgement of failures justifies a kneejerk dismissal of the past, on the assumption that we are more humane and enlightened than our forebears. That attitude is dangerous, because it leads to both historical amnesia (why bother learning about dead white men?) and also the smug assumption that contemporary values are not as time-bound and place specific as our predecessors’ values.

Today’s priority is to ensure this secure and wealthy country moves beyond self-congratulation, and survives economic and environmental crosswinds.

I was disappointed when the Trudeau government decided to drop history as one of the themes for the 2017 celebration. The sesquicentennial is a great opportunity to understand how far we’ve come, what we can take for granted (and what remains fragile) and why we must sustain the momentum.

The challenges ahead are quite different from those that faced the Fathers of Confederation in 1867. Their preoccupation was gluing together a country. Today’s priority is to ensure this secure and wealthy country moves beyond self-congratulation, and survives economic and environmental crosswinds.

So I’m happy to celebrate this big birthday. But this isn’t the end of the story. It’s a chance to take stock of what worked for Canada in the past, and will continue to provide a secure foundation as the country embarks on the next 150 years.

Charlotte Gray’s most recent bestseller is The Promise of Canada: 150 Years – People and Ideas That Have Shaped Our Country. Charlotte will moderate the panel discussion, Canada @ 150, at the Macdonald-Laurier Institute Confederation Dinner on Thursday, February 16, 2017.

Security series, Confederation Dinner highlighted in Vol. VIII, No. 1 of the MLI newsletter