Canada and its allies must confront Putin: Kolga in the Star 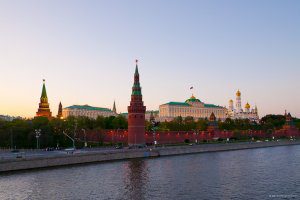 This is a moment, not unlike the formation of NATO, when Canada can lead and make a lasting global impact, writes Marcus Kolga.

Multiple assassinations, the illegal annexation of Crimea, the downing of a commercial airliner, ongoing cyber attacks, systematic cheating at Olympic Games, meddling in U.S., French, German, U.K., Spanish and other elections, have all demonstrated Vladimir Putin’s intentions over the past decade.

Yet it is the vulgar impertinence of Putin’s latest assault that may have finally laid bare the true nature of the Putin regime to even the most skeptical observers. The chemical attack in Salisbury, England, by suspected agents of the Russian government, has proven that no government nor borders are capable of protecting citizens against the poisonous fury of the Kremlin.

The Novichok nerve agent that was used against Sergei Skripal and his daughter Yulia, is an extremely rare Soviet-era toxin, developed by Moscow to both kill its targets with maximum efficiency and evade detection by NATO inspection equipment.

This is not the first time a rare poison, controlled exclusively by the Russian government, has been used to poison Kremlin critics.

In 2006, a former Russian FSB agent, turned whistleblower, Alexander Litvinenko, was poisoned with Polonium 210. The highly toxic substance is produced and stored by Russian state nuclear agency, Rosatom, which is also the current parent owner of one of Canada’s largest uranium producers, Toronto based Uranium One.

This is not the first time a rare poison, controlled exclusively by the Russian government, has been used to poison Kremlin critics.

A British inquiry into the Litvenenko murder concluded that the radioactive Polonium used to kill him was administered by two Russian intelligence agents, Andrei Lugavoi and Dimitri Kovtun, who were likely acting on the orders of Vladimir Putin. The U.S. has placed both men on their Magnitsky sanctions list for their role in the murder, yet remain missing from Canada’s list.

NATO members have issued a joint statement defining the Kremlin’s chemical attack in Salisbury as the “first offensive use of a nerve agent on Alliance territory.”

Unchecked, Putin will accelerate his aggression. He will continuing attacking our democracy, institutions and society through ongoing information warfare campaigns and manipulation. The risk to Canada and our upcoming elections should not be understated.

Tit-for-tat diplomatic expulsions and stern statements will not compel Putin to stop. Like a schoolyard bully, Putin’s attacks can only be slowed by confrontation and containment. Appeasement only fuels his authoritarian appetite for dominance.

Like the mafia, the Russian economy is a racket run by its president. The oligarchs who control much of the money inside Russia rely on Putin, who allows them to operate — at a cost. Putin, in turn, protects the oligarchs for a cut of their business and their political support. Maintaining this system is at the core of every decision Putin makes.

The threat of disruption to the kleptocracy that Putin has created for himself and his friends is his Achilles heel. The network of corrupt officials and oligarchs who support him expect to vacation at villas in the French Riviera, ski at resorts in British Columbia, send their children to North American private schools and hide their assets in Western real estate, including in Canada.

In October of 2017, Canada unanimously adopted Magnitsky legislation, which allows our government to place targeted sanctions against corrupt human rights abusers around the world, freezing their assets and banning their entry into Canada. The United States has adopted similar legislation and the U.K. currently has a visa ban law.

With the upcoming G7 summit in Quebec, Canada has a unique opportunity to build on the international credibility it earned by adopting Magnitsky legislation by placing it on the G7 agenda.

France and Germany are likely motivated to find ways to hold accountable and deter those who meddle in their elections. A harmonized system of defensive G7 sanctions, will create serious consequences for the Kremlin and like-minded regimes that seek to undermine our democratic systems, institutions and society.

This is a moment, not unlike the formation of NATO, when Canada can lead and make a lasting global impact to protect our own democracy and human rights activists around the world.

Marcus Kolga is a documentary filmmaker, human rights advocate and an expert on disinformation, sanctions and Russian foreign policy. He is a senior fellow at the Macdonald-Laurier Institute for Advancing Canada’s Interests Abroad.

Canada has a competitiveness problem that needs to be fixed: Adam Taylor for Inside Policy