in Centre for Advancing Canada's Interests Abroad, Columns, Europe and Russia, In the Media, Latest News
Reading Time: 3 mins read
A A 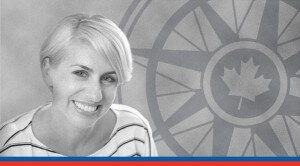 Stéfanie von Hlatky, writing in the Hill Times, argues NATO will need to adapt to counter a renewed threat from Russian expansionism. Deterrence, after laying dormant in the years following the end of the Cold War, is returning in a big way.

In 2002, during the NATO-Russia Council’s Rome Summit, President Vladimir Putin seemed committed to peace and cooperation. In his speech, he highlighted “wide-ranging possibilities for building a single security region – from Vancouver to Vladivostok.”

Fifteen years later, the NATO-Russia Council’s pulse is weak, and the rift between NATO and Russia deep, most notably over Russia’s annexation of Crimea in 2014 and intervention into Ukraine. Moscow is also showing increasing unease, as NATO forces will be posted in the Baltics and Poland later in 2017.

From Ukraine to the imminent NATO deployment, a range of difficult issues now consumes NATO-Russia Council meetings. Although NATO never completely abandoned deterrence, the 2014 Wales Summit marked a decisive shift – a commitment to show greater resolve in the face of Russia’s bellicose moves.

The political rhetoric of the last two years demonstrates the incompatibility of Russia’s and NATO’s strategic goals.

From the Russian perspective, these moves are justified. For Moscow, the biggest grievance is related to NATO enlargement. The fact that NATO proceeded with Partnership for Peace agreements with both Georgia and Ukraine was not well received, even as the Alliance now makes room for a 29th ally, Montenegro.

Russia has also hurled more colourful accusations at NATO, like provoking protests in Ukraine or plans to build a base in Georgia. At NATO Headquarters, these accusations fostered a public diplomacy effort, resulting in Setting the Record Straight that provides detailed responses to all of Russia’s accusations.

The political rhetoric of the last two years demonstrates the incompatibility of Russia’s and NATO’s strategic goals. Beyond the tense conversations, NATO has also shown its disapproval by strengthening collective defence and enhancing deterrence.

Collective defence is at the heart of NATO’s raison d’être. In the 1990-2000s, crisis management and cooperative security rose to prominence, with the move to build partnerships outside of the Euro-Atlantic and the long, out-of-area operation in Afghanistan. Deterrence remained in the lexicon of successive Strategic Concepts and NATO summit communiqués, but it was largely sidelined.

Today, however, NATO’s member states once again agree on bolstering their collective capabilities. At the very least, the heightened Russian threat has increased alliance cohesion and strengthened the political commitment needed for a credible deterrence. The material architecture of NATO deterrence – based on conventional capabilities, nuclear weapons, and ballistic missile defence (BMD) – has also been bolstered over the past two years.

First, NATO’s nuclear weapons policy was last updated in 2012 with the Deterrence and Defence Posture Review, when key NATO allies were openly calling for the withdrawal of 150-200 US tactical nukes from Europe. Today, the nuclear status quo is firmly entrenched and the debate over whether these weapons should stay or go is over.

Indeed, the emphasis now seems to be on strengthening the Alliance’s nuclear capabilities, whether in the form of nuclear sharing arrangements between nuclear and non-nuclear members (for example, nuclear planning in NATO’s Nuclear Planning Group) or extended deterrence provided by the US, UK, or France’s nuclear arsenals. As such, the 2012 Deterrence and Defence Posture Review needs to be rewritten.

Second, NATO’s conventional capabilities have received a significant boost. This includes new assurance measures for allies in Central and Eastern Europe, the establishment of a Very High Readiness Joint Task Force to increase NATO responsiveness on the Eastern flank, and the deployment of four combat-ready, multinational battalions in Poland, Lithuania, Latvia, and Estonia.

It is difficult to envision meaningful cooperation being restored any time soon. Yet there is another unpredictable variable here, and that is President Donald Trump.

Third, to support the Alliance’s deterrence objectives, NATO has proceeded apace with BMD, achieving Initial Operational Capability – with no prospects of including Russia now or in the future. While BMD continues to be justified as protection for NATO’s Southern flank, Moscow is not buying it.

NATO-Russia relations have certainly changed significantly during the last 15 years. It is difficult to envision meaningful cooperation being restored any time soon. Yet there is another unpredictable variable here, and that is President Donald Trump.

Before and after the election, Trump has called NATO “obsolete” and a waste of money. His tone softened during his first conversation with NATO Secretary General Jens Stoltenberg but allies continue to be on edge.

The silver lining is that Trump could be successful in easing tensions with Russia, in which case cooperation may return – but at what cost?

Stéfanie von Hlatky is an Assistant Professor of Political Studies at Queen’s University and Director of the Centre for International and Defence Policy.