By banning Canadians, Russia projects its paranoia: Braun in the Globe

in Columns, Europe and Russia, In the Media, Latest News
Reading Time: 4 mins read
A A 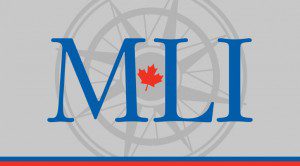 Russia’s erratic response to Canada’s new Magnitsky law reflects the “threats and enticements” rhetoric of the Soviet Union, but without the old superpower to back it up, writes Aurel Braun.

Not surprisingly, Russia reacted harshly to Canada’s decision to sanction 30 Russian officials after Ottawa invoked the Justice for Victims of Corrupt Foreign Officials Act, also known as the Magnitsky law (whereby the federal government may impose travel bans on and freeze assets of certain Russian citizens whom it identifies as responsible for gross violations of human rights or as persons involved in major corruption). It then gets complicated.

Seemingly blindsided by Canada’s action, the spokesman for the Russian embassy in Ottawa, Kirill Kalinin, thundered, “We can confirm that a large number of [unnamed] Canadian political actors pursuing a toxic, Russophobic agenda were blacklisted,” while the spokeswoman for Russia’s Foreign Ministry, Maria Zakharova, also declared ominously that “the list is long…” containing the “…names of Russophobic Canadian citizens that have been systematically destroying bilateral relations.”

While the Russian threats should not be dismissed, the Kremlin does not seem to appreciate that its warnings and blandishments are now ripe with irony and full of paradoxes.

In sharp contrast, in a Nov. 8 op-ed, Vladimir Putin, undoubtedly with the APEC economic summit in mind, couldn’t be more forthcoming in inviting the Pacific Rim states to increase co-operation. Brimming with optimism and exuding goodwill, he wrote, “I am confident that acting together, we will find solutions to the challenge of supporting the steady, balanced and harmonious growth of our shared region, and in securing its prosperity. Russia is ready for such a collaborative effort.”

Threats and enticements – so old-school KGB.

Yet this is not the old bipolar world, and while the Russian threats should not be dismissed, the Kremlin does not seem to appreciate that its warnings and blandishments are now ripe with irony and full of paradoxes.

Yes, Canadian citizens who have been publicly critical of Russia could be banned from visiting and, perhaps worse, those who are let in might find that they are subject to harassment or even grave physical violence. Russia has brutally repressed both civil society organizations and political opposition. Many journalists have been killed mysteriously and a key opposition leader, Boris Nemtsov, was assassinated in Moscow, close to the Kremlin. So for many Canadians, in business or academia, there may be a problem in getting in as well as getting safely out. Given that the Kremlin brooks no criticism, anyone who may differ with its policies or disputes Mr. Putin’s not infrequently deceptive or eccentric statements could easily be labelled one of the “political actors pursuing a toxic, Russophobic agenda.”

Of course, while the Soviet Union was at the centre of international relations, denial of access was pernicious punishment. Now Russia, as a remnant of a demised superpower, needs contact more than the obverse. This is not meant to ignore that Russia is quite capable of both mischief and damage, and its immediate neighbours such as Ukraine and the Baltic states have much to fear. But Mr. Putin’s quest for political magic notwithstanding, Russia just can’t be puffed up to superpower status.

Further, not only does Russia not straddle the international system the way the Soviet Union had, but in many cases its greatly diminished status make its pretensions to primacy risible. Thus, Mr. Putin’s invitation in his op-ed for Pacific Rim states to create a Greater Eurasian Partnership based in significant part on the Moscow-controlled, feckless and coercive Eurasian Economic Union, borders on the comic. Also, Russia’s power balance with both China and the United States has changed so dramatically that any notion that Moscow could have equal international status with Beijing or Washington is laughable.

A Russia with an economy the size of Italy’s, almost wholly energy dependent and largely stagnant, cannot just terrify or intimidate targets like the old Soviet Union had.

Thus, a Russia with an economy the size of Italy’s, almost wholly energy dependent and largely stagnant, cannot just terrify or intimidate targets like the old Soviet Union had. And it cannot easily remedy the damaged relations by a Putinite charm offensive.

What we see in Russia’s harsh and yet flailing reaction to Canada taking legitimate steps against certain Russian officials are Soviet-like posturing and rhetoric but certainly without the old superpower capacity. As such, keeping politicians, business people and academics away from Russia will only diminish the country’s international standing.

Moscow’s threat to ban a large number of “Canadian political actors” is much more reflective of the Kremlin’s paranoia than Russian strength and is highly likely to backfire, Mr. Putin’s APEC “inducements” notwithstanding. A policy at once menacing and farcical hardly serves Russia’s or anyone’s interests.

Aurel Braun is a professor of international relations and political science at the University of Toronto and a center associate of the Davis Center for Russian and Eurasian Studies at Harvard University. He is co-author of the new book Russia, the West and Arctic Security.

Policy makers and shifting global demographics: Nazareth in the Globe

Policy makers and shifting global demographics: Nazareth in the Globe