in Columns, In the Media, Innovation, Ken Coates, Latest News
Reading Time: 7 mins read
A A 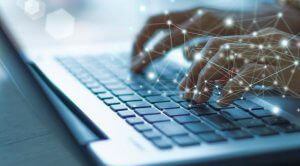 In 2020, the world is used to talking about the need for urgency, creative public policy, coordinated solutions, and major government investments, writes Ken Coates.

In 2020, to be known forever as the year of the COVID-19 pandemic, the world is used to talking about the need for urgency, creative public policy, coordinated solutions, and major government investments. If that is not sufficient, the commercial dislocations associated with the pandemic have interrupted the rapid rise of globalization and a long run of economic growth. On top of this, commentators speak repeatedly about the existential threat of climate change. If there ever was a time for fast, practical and effective innovation, across a wide spectrum of fields, this is certainly it.

Scarcely a day goes beyond without another warning about how technology is transforming our lives, economies, and world. If it is not robots, it will be Artificial Intelligence, or digital media or alternative energy or biotechnology. Innovation has become a central theme for national governments the world over, with hundreds of billions of dollars being invested in nanotechnology, IT, biotechnology, information management systems, e-commerce, 3D printing, and alternative energy technologies. Over the past few decades, innovation has been touted as being key to national economic prosperity; now, it is seen of fundamental importance to the future of humanity.

In an age of technological euphoria, society has become remarkably uncritical and unobservant about the pace and reach of technological developments. Consumers want faster and better smartphones, tablets, and computers and more digital entertainment and games. There’s great enthusiasm about automated vehicles, remote health monitoring, and home surveillance systems. Governments race to expand the reach of high-speed Internet, just as families struggle to keep abreast of the latest technological improvements. Techno-euphoria is commonplace, with much more enthusiasm for fast-paced development than critical oversight and concern.

In the consumer-driven democratic world, the focus remains on personal services and technological enhancements and very rarely on the intrusive potential of emerging technologies. The reality filters into our collective thoughts on occasion: digital manipulation during the Brexit referendum in the United Kingdom, allegations of Russian-led misinformation campaigns, Chinese domestic and international surveillance efforts, private shaming by jilted lovers, and social media mobbing. Digital identify theft, expenditures on home security systems, credit card fraud, ransomware, private sector surveillance activities, highly targeted advertising, and many other digital interventions have become regular features of 21st century life. Consumers should be appalled by the intensity of efforts by miscreants and criminals intrude into their lives.

Major questions have emerged that typically go unasked and, therefore, unanswered, including the need to control and regulate the often uncontrolled and un/under-regulated impact of new technologies. But another significant challenge also requires attention. The technological revolution is a race, with major economic, social, geopolitical and other benefits attached to real and sustained achievement. For decades, the West had major advantages, including world-leading research capabilities, access to investment capital, favourable government regulations, and major government support (especially through military, nuclear and other expenditures). With Silicon Valley setting the gold standard, the ascendancy of the western capitalist systems seemed assured.

Not anymore. In recent years, East and South Asian companies, investors and government have made major advances in scientific and technological innovation. The dramatic expansion of colleges and universities has eroded the west’s long-stranding research advance, although the slow (until 2020) of Asian students to Western universities provided ready access to the latest development. The rapid rise of investment capabilities has funnelled billions of dollars into the commercialization of emerging technologies. Asian companies like Softbank (Japan), Alibaba (China), Tata (India) have become major innovation leaders.

The innovation trajectory remains unclear, although close observers of Asian innovation are bullish on the potential for regional dominance in the coming decades. This would, in turn, have significant economic and investment implications for Western countries and the capitalist innovation economy generally. The raging international debate about Huawei and their role in the emerging 5G economy is but an early sign of the growing uncertainty about the shifting balance between Asian and western innovation economies.

Within this broad discussion about the ability of western nations to sustain innovation competitiveness in the face of the rise of Asia and other nations, one particular issue stands out. Little attention has been given to the distinct advantages held by authoritarian states in the implementation of contemporary scientific innovations. The power of government is so pronounced, particularly in China and Russia, with lesser authority in other nations.

Viewed from the western perspective, it is possible that some of the most deeply held principles of the democratic nations – personal privacy, limits on the power of the state, legal oversight of companies – put these countries in a serious technological disadvantage. Even more pointedly, the processes that govern the innovation economy could end up being the sector’s Achilles Heel. Consider the standard stages for researcher and companies involved in the capitalist economy: grant applications, ethical requirements, copyright provisions, myriad regulations and licenses, public consultations, and the overriding potential of government or public disapprobation. In authoritarian nation, the rules differ substantially.

Focus on just one area: surveillance technologies in Canada. Recent accounts of technological surveillance of the People’s Republic of China worry international observers. While much of the concern has focused on the oppression of the Uyghur ethnic minority, the challenge is much greater. Social credit, the name given the China’s wide-ranging digital oversight of its citizens, gives the state extraordinary abilities to monitor individual actions.

Digital surveillance in China is ubiquitous and growing in intensity and reach; facial recognition technologies in China are extremely advanced both in technology and application. Many international observers worry about China’s international use of its digital reach. Global concerns about Huawei, for example, focus largely on the perceived surveillance potential of the company’s 5G technologies. The wide reach of the Internet, the technical complexity of embedded technologies, and the voracious appetite for software means that digital and technological capabilities are well ahead of the capabilities of individuals, institutions, and even states to fully protect themselves.

In the West, critics have described these interventions through intrusive digital technologies as “surveillance capitalism.” Large companies, particularly Twitter, Facebook, and Google, have been called before congressional hearings to defend company actions as overdue critical assessment of social media has come to the fore. In Europe, government interventions have been relatively mild and focused largely on securing tax revenue.

But the confusion about current technologies masks a more serious problem. In democratic nations, researchers are constrained by ethics requirements, copyrights and patents, and a variety of legal and regulatory obligations. Politicians are notorious for shying away from controversial topics, such as cloning and stem cell research, and focusing funding on “safer” topics. Government agencies and evaluative committees operate cautiously – and slowly. Innovation operates with major barriers, ones that can slow commercialization efforts.

Consider the criticism that has accompanied developments in small modular reactors in Canada. While the technology remains at its infancy, critics are already pushing back. Scientists and companies in the field know that they have a complex, costly and difficult road ahead, even though the technology may contribute to reducing greenhouse gases and meeting the energy needs of northern and remote communities.

Russia, in contrast, faces many fewer barriers and has forged ahead in these field. The country has deployed a ship-borne nuclear reactor which is being used to provide power for a high Arctic mine. Protests by Greenpeace and other environmental groups have not deterred the government and the companies from proceeding. The Russian Arctic has a technology in use that northern Canadians have only begun to discuss.

Authoritarian states have fewer constraints on technological innovation and, eventually, commercializations. Many of the things that China is doing or has been accused to doing would not be possible in the democratic states. As actions by Russia and North Korea have shown, authoritarian states are unfettered by bothersome rules. Civil liberties and the rule of law – the absolute foundation of democratic systems – may actually be a significant impediment to innovation and technological implementation, which seems like the cruelest cut of all.

There is no question that careful and effective regulation of all new technologies, including small modular reactors, is essential. What is at issue is the degree to which western regulatory regimes impose severe impediment to the rapid and effective development, deployment and commercialization of emerging technologies.

In the past few decades, technological innovation was driven by two forces: massive state intervention (especially through military and space spending, the nuclear sector, and university researchers) and a free-wheeling business sector that drew on billions of dollars in private equity. More recently, national governments in the authoritarian regimes have stepped up their innovation spending and using, in China’s case, their ownership or influence over major Chinese firms to extend the new technologies into the consumer markets. And with the continued and rapid rise of Asian middle class, products and services can be developed and commercialized within the region and without reference to the once-formidable North American consumer market.

In a time of rapid technological change, the world may well divide into two distinct streams: authoritarian innovation and democratic innovation. The latter operates with serious constraints that can add years and considerable cost to development processes. The former, with China and Russia being the most obvious examples here, have opportunities in biotechnology, cloning and genetic modification, medical monitoring, social media, embedded technologies, surveillance systems, and many other fields. Ominously, the current concerns about state-based misinformation, surveillance capitalism, and the monitoring of citizens may well prove to be the opening salvo in an innovation contest of global significance.

Western capitalist innovation has real advantages, ranging from a robust post-secondary system to freely available capital, intellectual freedom, widespread government support, and the protection of intellectual and property rights. Over time, however, these Western countries are facing substantial self-imposed barriers, some of which may be rooted in an under-estimation of the innovation potential of authoritarian states. China, in particular, has shown itself to be extremely adept about both invention and commercialization, posing a significant threat to the long-term technological dominance of the United States and Western Europe.

It is possible – although this requires a great deal more research to make the claim definitively – authoritarianism conveys considerable innovation advantages and, conversely, that democratic capitalism carries significant liabilities. This, of course, is the inverse of what is traditionally believed about the relative merits of national innovation systems and requires much deeper investigation.

To flourish in the world of authoritarian innovation, democratic nations will have to rethink their approach to scientific and technological transformation. This means, at a minimum, rethinking the financial arrangements for innovations, and ensuring faster decision-making. Regulatory processes will have to be modified to combine effectiveness and efficiency. Governments will have to use the power of procurement more regularly to support domestic firms.

Most significantly, the entire innovation apparatus in North America will have to be brought into competitive balance with arrangements in authoritarian nations. Urgency, speed and the effectiveness of current review procedures will have to become highest priorities. The little-known challenge of authoritarian innovation may become the most significant threat to western and capitalist technological competitiveness.