Like medicine, sanctions require regular application, monitoring, and adjustment to eliminate the disease that they’re targeting. 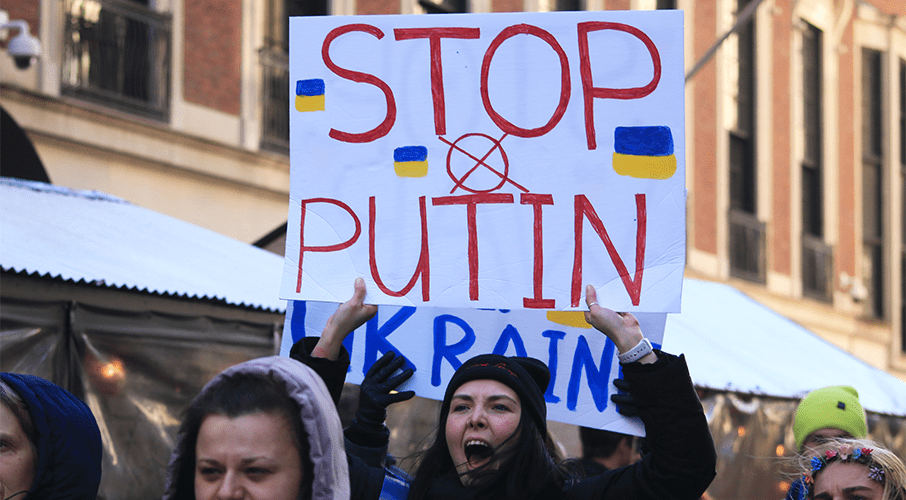 This article is a part of The Star’s Saturday Debate series.

Sanctions work like medicine. Their effectiveness in controlling or eliminating a malignancy depends on when they’re applied in the course of a disease.

In the case of Russian President Vladimir Putin, Western reluctance to seriously apply sanctions over the past decade has enabled him to attack his neighbours, poison his critics and commit mass atrocities with impunity.

Doing nothing is what Vladimir Putin naturally expected the West to do when he attacked Ukraine. Had the West applied just a portion of the sanctions we have today, before Putin invaded Ukraine on Feb. 24, he may have recalculated, or not have invaded at all. He may have settled on a sham referendum in Donetsk and Luhansk — as he did in Crimea in 2014.

In the absence of any credible consequences, Putin felt free to carry out his savage invasion. Over the past 20 years, the West’s addiction to Russian oil and oligarch money sloshing around Western nations has impaired our ability to recognize and acknowledge the threat that Putin represents.

Today, there is very little that the West can do to convince Putin to back down. He never backs down. He will not compromise, demonstrate weakness or negotiate. If he does, that would be seen as diminishing his power and image as a Stalin-esque strong man. At this point, sanctions alone will not stop Putin.

Our sanctions strategy must now focus on cutting off Putin’s ability fund his barbaric war.

So far, the West has done well, placing sanctions on 35 oligarchs — but we need to sanction all 118 on the Russian Forbes list.

Sanctions have directly hindered Putin’s ability to build and maintain the heavy weapons required to achieve his objectives in Ukraine. Russian tank factories have run out of funding and parts, and production lines have ground to a halt. A ban on the export of advanced semiconductors to Russia has undermined Russia’s ability to repair or replenish its more high-tech weapon systems and the lack of foreign parts has stopped the construction of new ships.

Putin’s inability to replace tanks and other weapons, which have been destroyed over the past two months by Ukrainian defence forces, has contributed to his failure to make significant gains. Yet Western democratic nations can do significantly more to intensify the effects of our current sanctions.

Greater co-ordination of allied sanctions lists is required. Currently, the U.S. list is different from the U.K., EU and Canadian lists. We need them all to mirror each other and we need to co-ordinate and properly fund the enforcement of them.

We also need to acknowledge that Putin’s oligarchs hide their money in the names of family members, nominees, and proxies. We have to be creative and thorough in going after those entire networks and update our existing sanctions legislation to allow us to include these individuals and entities on our sanctions lists.

Last week, U.S. President Joe Biden proposed innovative legislation that would allow the U.S. government to sell off and repurpose assets seized from Russia. Canada’s Foreign Minister, Mélanie Joly, has expressed support for a similar Canadian bill that is currently moving through the Senate.

The proceeds of those liquidated Russian assets could be redirected to support refugees and eventually the reconstruction of Ukraine’s civilian infrastructure. The prospect of potentially losing billions in assets to rebuild Ukraine will cause Russian officials and oligarchs to panic. The passage of this legislation should be fast-tracked and replicated by all Western nations.

Finally, all democratic nations should follow the EU’s lead in banning all Russian oil imports to cut off Putin’s daily income and the billions he receives daily to help fund his war. Western nations should also pressure Saudi Arabia to increase its production to stabilize global oil prices. The export of Canadian liquified natural gas (LNG) should be immediately expedited to help eliminate European reliance on Russian gas and restore allied energy security.

While current Western sanctions are biting the regime, they need to be sustained and expanded, so long as Putin remains in power. Like medicine, sanctions require regular application, monitoring, and adjustment to eliminate the disease that they’re targeting.

Bill Browder leads the global campaign for Magnitsky sanctions and is the author of Red Notice and Freezing Order. Marcus Kolga is a senior fellow at the Macdonald-Laurier Institute and director of DisinfoWatch.