AEI/MLI event – Fiscal sanity & political success: Canada proves you can have it all

in Latest News, Past Events
Reading Time: 4 mins read
A A 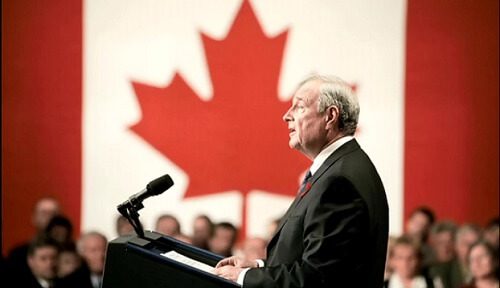 In the 1990s, Canada suffered from the same economic malaise that plagues the U.S. today: slow economic growth, heavy government spending and a rising national debt. Canada’s remarkable turnaround relied relatively little on raising taxes; instead, federal program spending was cut by nearly 10 percent over a two-year period to restore its budget to balance. Its federal government also devolved greater responsibility to provincial governments, leading to a decade of strong growth in employment, gross domestic product and investments. Despite the political challenges of reform, the governments responsible were consistently re-elected both federally and provincially.

This joint American Enterprise Institute/Macdonald-Laurier Institute event will feature a distinguished group of Canadian politicians who managed the difficult politics of this period of powerful reform.

Wall Street Journal and The Globe and Mail cover MLI event and book: Lessons for America from Canada’s Fiscal Fix

Wall Street Journal and The Globe and Mail cover MLI event and book: Lessons for America from Canada’s Fiscal Fix