The Woke want to hear from People of Colour. Just not all of us: Kaveh Shahrooz in The Line 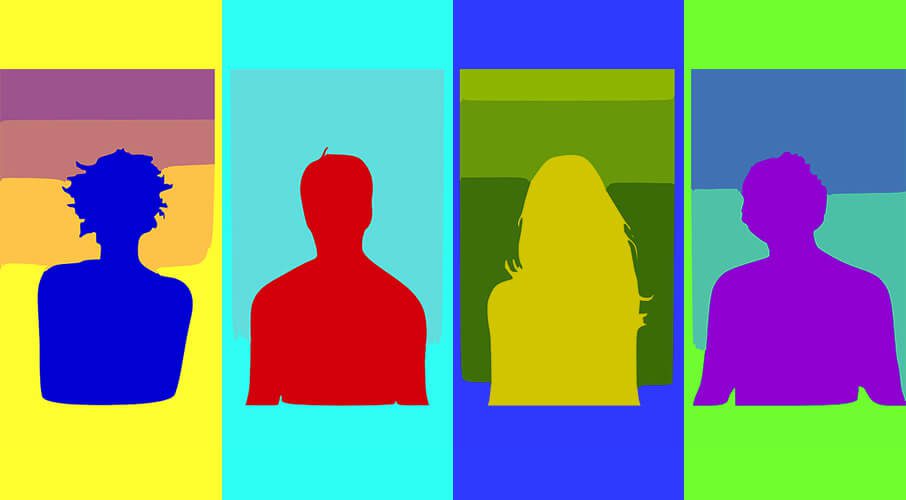 Last year, the Law Society of Ontario — the body that regulates the legal profession in the province — repealed its decision to force all lawyers to write an annual pledge supporting the tenets of equity, diversity and inclusion.

I have no objection to the ideals themselves, and even stood to benefit from this initiative. But I am also a product of my experiences; my family escaped the Iranian theocracy, and the memory of that oppressive culture is still vivid in my mind. I am, thus, wary of any attempt by official organs to force me to mouth pieties — no matter how good the intentions.

When I expressed my relief about the Law Society’s decision, I expected a sharp debate about compelled speech. What I didn’t foresee was being called an “Uncle Tom” by progressive Toronto lawyers. (The pejorative, derived from The Harriet Beecher Stowe novel Uncle Tom’s Cabin, is traditionally levelled against Black people who were deemed by their peers to be servile to white people and interests.)

These are the same well-intentioned lawyers who claim to support diversity. But it is a diversity of a very narrow kind — the kind that doesn’t include uppity non-white people like me who don’t parrot their script.

Our media, government, and boardrooms are still dominated by white people. In an increasingly multi-ethnic and pluralistic society, this is obviously neither desirable nor sustainable. Elevating People of Colour (or the dehumanizing initialism “POC,” if you prefer) into positions of power is an important and necessary goal. The problem is that when we use the term “diversity,” we don’t all mean the same thing.

When progressives call for “diversity,” they don’t just mean, simply, “people with different ethnic backgrounds.” They mean to promote POC who come pre-formatted with a set of ideological values that happen to perfectly mirror those of the white progressives we’re supposed to replace. It’s “diversity” that is only skin deep. In all other respects, POC are expected to behave as if we have a single, collective viewpoint. If you cannot see how that expectation degrades and dehumanizes us, strips us of agency and individuality, congratulations — you may very well be woke.

Consider, for example, the recent Globe and Mail and Mail story (or hit-piece, depending on how generous you feel) about Jamil Jivani, a Black lawyer, author, and Ontario’s Advocate for Community Opportunities.

Jivani is open about his conservatism and his religious convictions. He criticizes Black Lives Matter as an organization, although he supports the goal of racial equality. He holds the painfully unhip view that there is an interplay between hip-hop culture and gun violence.

For this, the Globe ran a story featuring critics accusing him of “anti-Blackness.” They suggested that he is a token appointee giving voice to the “innermost thoughts” of (white) conservative politicians. Online, activists mock Jivani for his “self hatred.” To Jivani’s detractors, Blackness is less a racial category than an ideological one.

Jivani offered a brilliant rebuttal to these assumptions in his National Post column, “No one gets to tell me what kind of Black man to be.”

In the new social justice doctrine, People of Colour only count if they say the right things. The voices of the Black man who disagrees with BLM, or the Middle Eastern lawyer who refuses compelled speech, aren’t worth elevating. And if we claw and scrape our way up on our own, we’re accused of self-hatred. This is profoundly self-defeating.

This goes beyond petty Twitter spats. The voices that people in power deem “authentic” and “representative” of communities drive policy decisions. This selective approach achieves the opposite of what it purports. To borrow an ugly phrase, it actually “centres whiteness.” Well-meaning policymakers who hear only some voices, and miss the fierce debates playing out within ethnic and religious communities, pursue goals they think people of colour want without having to actually listen to them too closely.

Views on abortion are especially stark in the U.S. Only three per cent of white Democratic primary voters said they believe abortion should be illegal — compared to a full third of Black Democrats.

These communities to which POC belong are neither monolithic, nor reflexively progressive.

But our political class treats them as such. So, despite the healthy debate and disagreement in the Black community about whether defunding the police is a good idea — some polls suggest that it is not a particularly popular proposal, nor is abolishing the police — this is the policy most frequently discussed by our media and politicians.

It is the same dynamic that played out earlier this year when the Wet’suwet’en hereditary chiefs protesting the Coastal Gaslink Pipeline project were cast by our media and governing class as speaking for Canada’s Indigenous people, ignoring the views of that First Nation’s elected leaders.

This habit also affects foreign policy. Progressives who cast even Muslim women who fight against the hijab as Islamophobic make it difficult for us to vocally support our sisters around the world fighting gender apartheid.

Working to increase POC representation everywhere is good. Canadians should see themselves reflected in their institutions. Also, diverse people should, in theory, bring viewpoints previously neglected by the establishment.

But that’s the fatal flaw: elevating some POC views while excluding others broadens skin-deep diversity while reducing POCs to two-dimensional beings without agency or complexity. Instead of bringing in new perspectives, it wraps the establishment views, and old leaders, in a protective heat shield of “diversity.”

Those of us who see POC as individuals, informed by their background and lived experiences but possessed of free will and varied, sometimes conflicting opinions — as people, in other words — must push back against the notion that one’s value to their community as a POC is undermined when they dare disagree with social justice orthodoxy.

Enough with Rep. Pressley’s demand that Black people serve as Black voices and Brown people serve as Brown voices. Enough with the silly notion that any one person’s views can be more authentic or representative than others. The demand for viewpoint diversity needs to be at the core of how we defend liberalism. It’s the only way to actually improve our institutions, and give power to those to whom it was previously denied.

Locking down again is not an option: Rob Wildeboer for Inside Policy

Locking down again is not an option: Rob Wildeboer for Inside Policy