Winter is coming to Canada’s North. Vladimir Putin will make sure of it: Marcus Kolga in Maclean’s 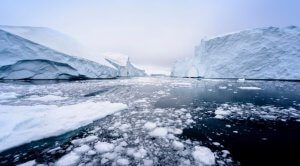 Russia’s latest seabed claim reaches right to Canada’s Arctic doorstep—an intimidating gesture that critics like Garry Kasparov urge Ottawa to stand up to, writes Marcus Kolga in Maclean’s. Below is an excerpt from the article which can be read in full here.

Over the past few weeks, the Russian president’s ambitions have converged in the Arctic, challenging Canadian and allied interests and dropping the threat of conflict with the Kremlin directly on our northern shores. Russian Foreign Minister, Sergei Lavrov, recently warned Canada and other Western allies that all the resources beneath the melting ice in the Arctic Sea belong to the Russian government.

The Kremlin’s updated claim to what Canadian Arctic expert Ron Huebert defines as the “entire Arctic Ocean” would extend its undersea continental shelf right up to the 200-nautical mile exclusion zone around Canada’s Arctic coast. If approved by the UN, the claim would allow Russia to extract vast Arctic oil and other natural resources, adding to the revenues of Russian kleptocrats who keep Vladimir Putin in power.

The overtly hostile claim, made while the rest of the world remains focused on the global pandemic, represents a clear threat to Canada’s Arctic sovereignty and requires much greater government and public attention.

The dual hazard to Canada posed by Russia’s rapid Arctic militarization and expanding territorial claims can no longer be dismissed as “out of touch,” or as an “imaginary threat” concocted by Canadians intent on sparking an “Arctic Cold War.”

While Canadian policy-makers were distracted by the Kremlin’s rhetoric about Arctic cooperation, Vladimir Putin was busily preparing to exploit the vast opportunities that are being unlocked by the melting Arctic ice.

In its official 2035 Arctic strategy document, the Kremlin outlines plans for an aggressive expansion of Russian Arctic resource development and a focus on expanding its military capabilities. Coupled with Sergei Lavrov’s recent warning that “it has been absolutely clear for everyone for a long time that this [the Arctic] is our territory, this is our land,” Vladimir Putin has made his intentions very clear.

Is Canada’s Critical Infrastructure Vulnerable? Christian Leuprecht on The Agenda with Steve Paikan

Is Canada's Critical Infrastructure Vulnerable? Christian Leuprecht on The Agenda with Steve Paikan