Webinar panel video: Why Russia’s war in Ukraine matters to Canada and the Indo-Pacific

The recent Russian invasion of Ukraine has sent shockwaves through the NATO alliance, representing the greatest challenge to face European security since the end of the Cold War. NATO allies, and indeed democracies worldwide, are at a critical juncture as they respond to this unprecedented challenge to the global rules-based order. Canada has a direct interest in how NATO addresses Russia’s threat to European security and elsewhere. For example, Russia also poses a multi-faceted challenge in the Arctic, which will require a multinational response from Canada and other NATO countries.

The same is true for Russia’s growing cooperation with China aimed at destabilizing Western alliances – including NATO. The emergence of a stronger alignment between Beijing and Moscow in the Indo-Pacific is of growing concern to our most important partners in the region, such as Japan, South Korea and Australia. Russia’s war in Ukraine has presented a stark challenge to the Indo-Pacific as the world’s centre of geoeconomic gravity. If rules and laws are broken without punishment, the implications for the Indo-Pacific and beyond are profound.

To shed light on these issues, MLI convened a group of top experts to examine the growing challenge posed by shifting norms and increased authoritarian coercion following Russia’s invasion of Ukraine. The webinar also looked at the role of China and its convergence with Russia, particularly in the Indo-Pacific region. 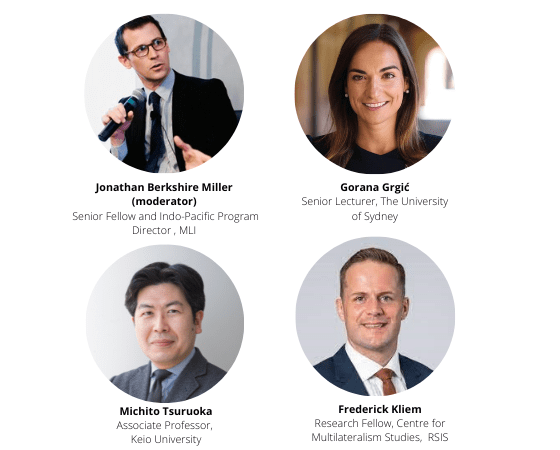 The collateral damage of Trudeau’s war on climate change: Jamil Jivani in the National Post

The collateral damage of Trudeau's war on climate change: Jamil Jivani in the National Post