Video: Canada and Cuba in the context of expanding global authoritarianism

Cuba today is experiencing a unique historical moment. For the first time in more than six decades, a new generation of young people have started to demand their rights in a public and peaceful way. This nascent culture of peaceful resistance requires international support and solidarity to be successful.

The Cuban regime through its repressive actions and systematic human rights violations directly threatens key Canadian values and interests, such as the rule of law, democracy, and the existence of an open and pluralistic society. It oppresses its own people, supports the geopolitical interests and anti-democratic goals of Russia, China, and Iran and exports its repressive system to Venezuela and other nations. The Cuban regime’s links to global authoritarianism and its detrimental impact on democracy, the rule of law, justice, human rights, and civil society require urgent analysis and debate.

We believe it is time to rethink Canadian foreign policy to better serve the promotion of human rights and democracy in Cuba. Indeed, Canada has numerous tools at its disposal to effect change, including the application of targeted sanctions on high-ranking officials responsible for human rights abuses in Cuba.

With its tradition of speaking truth to power, MLI can make a difference in influencing civil society, the media and the government in Canada to encourage solidarity with the people of Cuba in their demands for freedom. 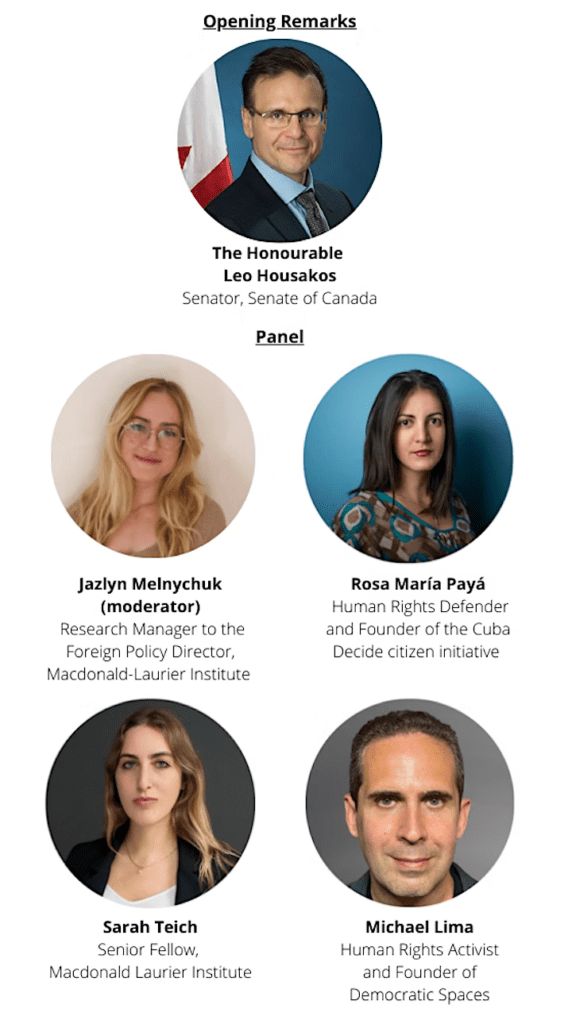 Canada needs a national media strategy, not a media bailout