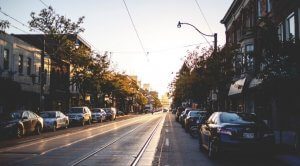 The polices of urban planners are making life increasingly more difficult for people to live in cities in the way they want to, which for most people is to own a home and drive a car, writes Brian Lee Crowley in the Toronto Star.

Evan Siddall, the head of the Canada Mortgage and Housing Corporation, rightly says that Canadians are increasingly being priced out of the housing market and are assuming dangerous levels of debt in the vain pursuit of the “dream” of home ownership.

His “solution,” however, has it backward: convince Canadians they are mistaken to want to the freedom, space and comfort of their own home in the suburbs, and that Canada should give up on the generations of evidence of the large social benefits of widespread home ownership.

Policy-makers are the culprit behind the pain being visited on Canadians who want a place of their own, especially in the highest cost regions of the GTA and B.C.’s Lower Mainland.

Our cities have become the plaything of urban planning “experts” whose view is that the way we want to live — in houses we own, not apartments we rent, getting around by car, not transit — is not the way “enlightened” people should want to live. They are hell-bent on using their planning powers to frustrate Canadians’ plainly expressed desires at every turn.

House prices, unsurprisingly, respond to supply and demand. For instance, burdensome land-use regulations, much beloved of urban planners, are the major impediment to making more homes available and keeping their cost down. And the impact is greatest for cheaper starter homes, making first-time buying a huge challenge.

Harvard’s Edward Glaeser and his colleagues have demonstrated that onerous zoning regulations go hand-in-glove with higher housing prices. Roughly 60 per cent of the price of a typical house can be attributed to land-use regulation alone. So policy-makers, having priced many Canadians out of home ownership, now have the cheek to tell those struggling to buy a home that they are better off renting. Yet Canadians have massively voted with their feet in favour of suburban living.

Something similar is happening with transit. According to our urban designers, cars are bad, and the pejoratively-named “sprawl” that they give rise to is worse, a blight on the countryside that all bien-pensants abhor.

Rubbish. The automobile is a wonder that rapid transit can never hope to replace.

Almost universally, as people’s standard of living rises, one of the first things they buy is more space for themselves and their families, largely by moving to suburbs.This entails cars — the means by which people can reach affordable space. Instead of a balcony and a window box, they can have a yard and a garden. What opponents cavalierly dismiss as “urban sprawl” and the car have given people a higher standard of living and more freedom than ever before.

Far from being concentrated in city centres, economic activity — especially jobs — is increasingly being dispersed across our cities, meaning that the way people move for work less and less matches mass transit, which largely moves people to the central core and back again, on the mistaken assumption that is where the jobs are. In fact, jobs are following people out of the core.

Access to many jobs is one of the key functions of cities. Whether you can get to the jobs partly determines if a city “works.” Understudied in Canada, researchers in the U.S. have nevertheless asked what is the percentage of jobs in American cities that can be reached by transit or cars within a 30-minute period from the average home. The results are stunning.

People are widely and enthusiastically choosing ways of organizing their lives that express totally different preferences to those of many urban designers, and they’re not likely to stop any time soon. Rather than trying to frustrate Canadians clearly expressed desires, urban authorities should be pursuing policies that support rather than obstruct Canadians’ wishes.

Brian Lee Crowley is the managing director of the Macdonald-Laurier Institute. His latest book is “Gardeners vs. Designers: Understanding the Great Fault Line in Canadian Politics.”