in A Mandate For Change, Commentary, Latest News, Releases
Reading Time: 4 mins read
A A 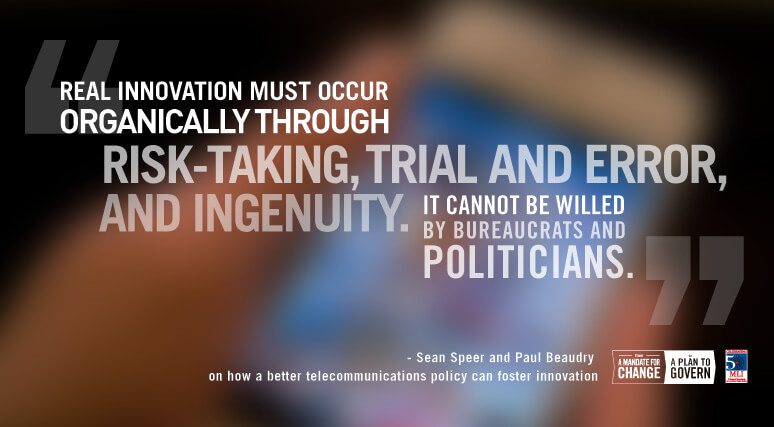 Instead, says a new Macdonald-Laurier Institute analysis, it should build policies set the conditions for private investment in the digital infrastructure Canada needs to support greater digital adoption and technological innovation. In the paper, authors Paul Beaudry and Sean Speer document the failures of past attempts to mandate competition in the telecommunications industry, and they cite evidence that supports a move away from heavy-handed regulation towards harnessing real competition.

“Real innovation must occur organically through risk-taking, trial and error, and ingenuity”, write Beaudry and Speer. “It cannot be directed or willed by bureaucrats or politicians”.

To read the full analysis, titled “From A Mandate For Change To A Plan To Govern: Making the Connection Between Smart Telecoms Policy and the Innovation Agenda”, click here.

Speer and Beaudry are critical of the previous government’s meddling in the market in the name of competition.

The Harper government artificially created competition in the sector through manipulation the auction of wireless spectrum and propping up smaller entrants. The initiative eventually succeeded in reaching its goals – the desired “fourth carrier” has emerged with Shaw’s acquisition of Wind Mobile – but at significant cost to Canadian investors and potentially in the form of less investment in digital infrastructure.

Most new entrants were concentrated in a small number of markets, limited to offering wireless services (rather than “bundling” with other services such as TV and Internet) and invested little in the way of improving network infrastructure. 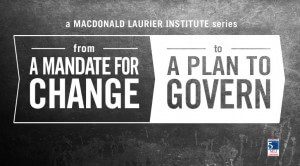 But, say Beaudry and Speer, the new government can avoid making the mistakes of the past by treating the telecommunications sector as a dynamic industry rather than a public utility.

“There is an opportunity to reset Canada’s telecommunications policy after several years of government meddling and micromanagement to support private investment in high-quality broadband infrastructure critical to digital adoption and technological innovation”, write the authors.

This is the 11th paper in MLI’s series, From A Mandate For Change To A Plan To Govern.

Paul Beaudry is the Director of Development at the University of Calgary’s School of Public Policy, a research associate at the Montreal Economic Institute and a former senior policy adviser to former Industry Minister Maxime Bernier.

Tags: From A Mandate For Change To A Plan To GovernPaul BeaudrySean Speertelecommunications
Previous Post

Our unsustainable debt addiction: Philip Cross in the Financial Post