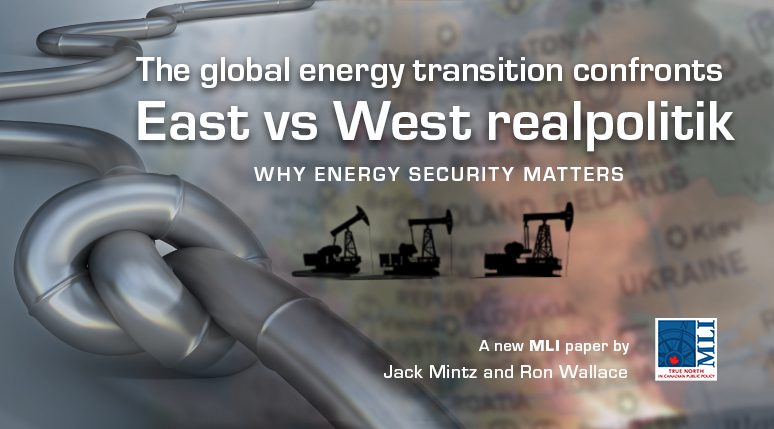 The attainment of greater energy efficiencies, with consequential reductions in carbon emissions, is unquestionably a reasonable goal. Equally important are questions as to how those goals may be achieved – and their consequences. Western political and financial leaders have emphasized policies that curtail supplies of vital fossil fuels. With our singular focus on environmental issues, we have lost sight of the important contribution that energy makes to economic resilience and regional security.

Efforts to curtail North America’s use of vital fossil fuels through decarbonization and divestment have upended capital markets, including sovereign wealth funds. No one has yet addressed the enormous financing requirements that will be needed to accomplish a comprehensive transition away from those fuels. Discouraging investment in fossil fuels has already led to market instabilities, power interruptions, and continued price escalations. It will also reward producers outside of North America with enormous windfalls as is presently occurring. Putin’s Russia, for example, has greatly strengthened its self-sufficiency in hydrocarbons and become a significant global exporter of them.

Actions to limit or abolish carbon emissions assume that energy transitions are straightforward, even inevitable, and that alternative energy solutions can provide practical, adequate, sustained, and secure energy supplies. But that is not the case. It is becoming abundantly clear that such policies, as practised in Germany to achieve climate-driven objectives for net zero carbon emissions, has delivered European energy security into the hands of Russia. In its quest to reduce fossil fuel production and use in the past decade, Europe has made itself reliant on Russian energy, the security consequences of which are currently playing out following Russia’s invasion of Ukraine.

The push for a rapid transition to alternative energy sources raises several strategic considerations. One of them relates to the US Department of Defense. It is one of the single largest consumers of fossil fuels globally and uses more than 90 percent of the US government’s total fuel consumption. The US Defense Department is not unique; modern military forces generally consume fossil fuels at unprecedented rates. As a result, fossil fuel consumption is central to the effectiveness of the world’s military establishments and to national security.

It has become apparent that energy transition policies in Canada and the US are ultimately working to undermine economic, energy, and national security in North America. Waves of heightened regulatory policies have emboldened widespread divestment in oil and gas production and transportation, resulting in supply shortages that boost prices for natural gas and electricity. Contradictory policies are leading to unresolvable conflicts. While North America and Europe do not have a strategic interest in reducing global energy supplies because the effect would be to increase energy prices for consumers – as is occurring – governments, particularly Canada, have nonetheless pursued policies to re-direct and curb national energy production from hydrocarbons.

Hence, energy transition policies in North America may increasingly be viewed as working to undermine continental energy and national security, as has clearly occurred throughout Europe. At a critical time when North American energy could be backfilling against sanctioned Russian oil and gas, Canada has limited additional supply available for export – a circumstance further hampered by an inadequate infrastructure that limits options for potential exports.

North America and particularly the European Union are experiencing the consequences of misguided energy policies that have undermined efforts to sustain energy security throughout the West. Recent geopolitical events have resulted in a wholesale, material re-evaluation of Western energy policies with consequential new directions to restructure energy infrastructure and trade not just in Europe but in North America.