The 21st century is not going well for Canada: Ken Coates in the Hub

Far from “sunny ways,” Canada stands on the verge of precipitous decline. 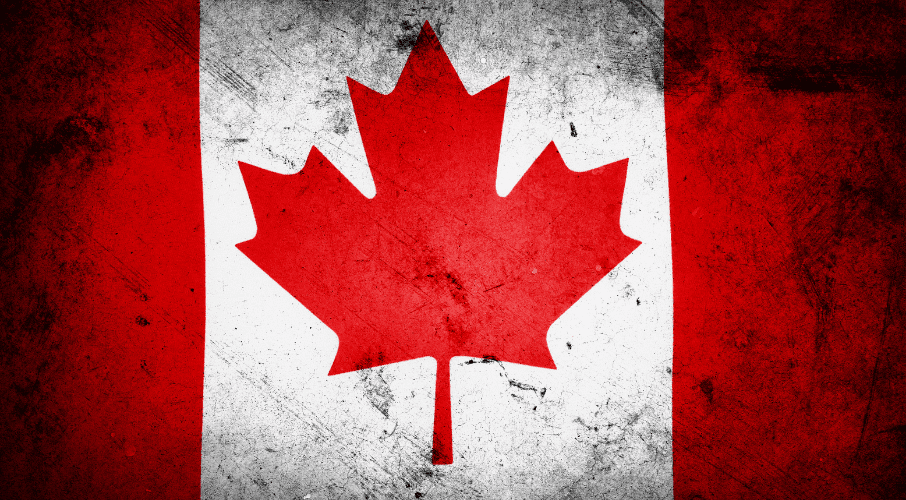 For generations, Canadians bathed in the happy optimism of W​ilfrid​ Laurier’s bold ​declaration that​ “the 20th century shall be the century of Canada and Canadian development.”[1] Sadly​,​ ​few ​could credibly make the same claim ​about Canada’s chances of sustained success in the 21st century.

Laurier was not far wrong​. In 1900​, ​Canada was a young country coming of age, boosted by growing industrialization and the rapid settlement of the prairie west and southern British Columbia. Still a colony of Britain, we had little presence on the world stage. But ​we had promise. The country had endless ​but​ unrealized ​potential, ​solid government ​institutions, and growing ​confidence​, including a nascent national identity.

Jump forward a century. In 2000, Canada was a G8 country routinely ranked in the top five nations for quality of life. We attracted millions of immigrants and ​became​ a ​beacon for social justice, individual opportunity, and cultural ​and social ​acceptance​.​ We acknowledged our flaws, particularly the mistreatment of Indigenous peoples (though we moved too slowly on this crucial file​), and Canada stood proudly for what it represented to the world.​ ​

Judged by personal freedom, ​legal rights, ​effective governance, economic well-being,​ ​quality of life, access to ​health ​care and education​, and other metrics, Canada rightfully took its place among the world’s most impressive nations. Sir Wilfrid Laurier would have approved.

Yet, more than 20 years later, Canada now finds itself on a troubling trajectory. Our international standing has plummeted​. ​A long-underfunded military is reduced to sending more promises than troops to peacekeeping and other military conflicts​. The country has, embarrassingly,​ become an afterthought on matters of security ​and​ defence. We now envy Australia’s global relevance.[2]

Canada has marginalized​ large portions of​ our greatest economic strength​, ​the ​natural ​resource economy, and ​now succeeds primarily​ at rebuffing willing investment in the sector. Our ability to construct infrastructure is hobbled by self-imposed regulatory straightjackets. Our productivity languishes as does our global competitiveness.[3]

A civil service, once lauded for its independence and reliability, is now hamstrung by a narrow vision, entrenched commitments to identity politics, and paralysed decision-making. Wealth creation has fallen by the wayside while we fixate on the pursuit of “inclusiveness.” Our crumbling health care system is based on an archaic model whose vulnerabilities were exposed by the pandemic.[4]

A narrow approach to addressing climate change sacrifices the energy sector while doing little to reduce our carbon emissions. The problem is largely one of definition—an energy-reliant country like Canada is not going to lead the world by stepping away from fossil fuels. Climate change is a global problem and solutions must reflect that. Taxing gasoline used by rural Canadian residents will have no impact on global carbon emissions. By contrast, LNG exports to Asia would help displace the region’s coal-fired electrical plants and therefore have a significant effect.

But Canada remains committed to flashy, unproductive anti-oil initiatives. That Canada was still importing nearly half a billion dollars a year of petroleum products from Russia and close to $19 billion a year in total foreign oil imports while stifling production and distribution in Canada is an absurdity of the highest order.[5] Stopping Canadian production does little for Canadian oil use and emissions, particularly when the imported oil is drawn from countries with less rigorous environmental standards.

Scandinavian nations rank higher for well-being and economic opportunity. Japan and South Korea surpass us on innovation and economic readiness. Countries like Singapore and Israel demonstrate the importance of national nimbleness. We struggled to rescue two Canadians imprisoned in China as hostages and are ill-prepared to capitalize on Southeast Asia’s economic rise or India’s emergence as a global power. Far from “sunny ways,” Canada stands on the verge of precipitous decline.

Canada remains a great country with exemplary features, including our openness to cultural diversity, personal and collective freedoms, and commitment to social justice. Our standard of living, while falling in relative terms, remains incredibly high. Canada’s three largest cities—Montreal, Toronto, and Vancouver—are among the most liveable urban places in the world. Our diverse post-secondary education system is strong. Our natural beauty and abundant resources are without parallel. This is a nation that still has the potential for sustained greatness.

Canadians and their governments have forgotten that a nation must work hard to produce strong and sustainable outcomes. Instead, we collectively spend more time criticizing than building toward even greater achievements.

If the federal government could not readily control the Freedom Convoy, if the broader world rarely seeks our counsel, and if we have lost much of our attractiveness as an investment destination, then we must pay attention to the warning signs. The 21st century is not going well for Canada. We can and must do better. If not, Wilfrid Laurier’s enthusiastic boast about his beloved Canada will become little more than a fading and ironic memory.

[1] “‘Let me tell you, my fellow countrymen, that all the signs point this way, that the 20th century shall be the century of Canada and Canadian development.… For the next 100 years, Canada shall be the star towards which all men who love progress and freedom shall come.’ — Prime Minister Sir Wilfrid Laurier speaking at Toronto’s Massey Hall on 14 October 1904.” https://www.thecanadianencyclopedia.ca/en/article/canadas-century-sir-wilfrid-lauriers-bold-prediction

[2] “The UK, US and Australia have announced a historic security pact in the Asia-Pacific, in what’s seen as an effort to counter China. It will let Australia build nuclear-powered submarines for the first time, using technology provided by the US. The Aukus pact, which will also cover AI and other technologies, is one of the countries’ biggest defence partnerships in decades, analysts say.” https://www.bbc.com/news/world-58564837

[3] “Canada has fallen out of the top 20 countries on the World Bank’s Ease of Doing Business Index after placing eighth only a decade ago. Moreover, Canada now ranks 64th in the world at dealing with construction permits, behind countries such as Vietnam and Kazakhstan. Canadian governments have glossed over our ever-increasing regulatory challenges and the country is now a far less-attractive place to do business.” https://www.fraserinstitute.org/blogs/as-the-economy-reopens-canada-must-address-its-competitiveness-problem

[4] “The Commonwealth Fund’s 2021 report comparing the healthcare systems of 11 developed countries ranked Canada in 10th place, ahead of the United States, which was at the very bottom. Finishing ahead of the U.S. is nothing to be proud of, contends Dr. Paul Woods, a former president and CEO of London Health Sciences Centre.” https://www.canhealth.com/2021/09/30/canadas-healthcare-system-scores-poorly-against-peers/

[5] “While Canada produces more oil than required to meet its domestic refining needs, some refineries import crude oil for a variety of reasons, such as lack of pipeline access to domestic supplies, specific feedstock requirements for their refinery, or for economic reasons. In 2020, while Canada’s oil exports were about 6.5 times higher than imports, approximately 40% of Canada’s refinery needs were met by imports.” https://www.cer-rec.gc.ca/en/data-analysis/energy-markets/market-snapshots/2021/market-snapshot-crude-oil-imports-decreased-in-2020-and-so-did-the-cost.html