Taiwan’s KMT Is at an Ideological Crossroads: J. Michael Cole in the National Interest 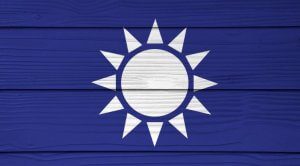 Taiwan’s KMT is at a crossroads and in the coming months, and as China exerts immense pressure on Taiwan, the party will have to make a choice, writes J. Michael Cole in the National Interest.

Following its defeat in the January 2020 presidential elections, the opposition Kuomintang (KMT) picked Johnny Chiang as its new chairman. Forty-seven years old at the time, Chiang was, by party standards, a member of the party’s youth, inheriting a KMT that, since its initial defeat in 2016, appeared to have lost its footing, if not a defining ideology.

By the time of its defeat to the Democratic Progressive Party’s (DPP) Tsai Ing-wen in the 2016 elections, the KMT’s momentum had seemingly run out of steam. President Ma Ying-jeou’s legacy, which he had staked on mending ties with Beijing, had been severely weakened by 2014’s Sunflower Movement, while his vow to resuscitate a stagnant economy through closer engagement with China remained unfulfilled. As his second and last term neared its end, even Ma’s historic summit in Singapore with Chinese Communist Party Chairman Xi Jinping failed to re-energize a party that seemed headed for sure defeat at the polls. Ma had tested the limits to which the Taiwanese people would allow their leaders to seek rapprochement with China, and his party paid a price when he overreached. Despite his best efforts, eight years of outreach to the CCP had more clearly defined the huge ideological gap that exists between democratic Taiwan and authoritarian China. As a result, Ma’s ability to deliver beyond cross-Strait economic liberalization and cultural exchanges was constrained by irreparable political differences.

Despite these setbacks, for the 2016 elections, the KMT picked Hung Hsiu-chu as its presidential candidate. The sixty-seven-year-old politician’s platform, which entailed even deeper engagement with Beijing, was so completely misaligned with public expectations that at the eleventh hour, the KMT made the unprecedented decision to replace her with a candidate who was more palatable to voters. There was, however, little that Eric Chu, the replacement candidate, could do to repair a campaign that, by that point, had fallen completely flat. On January 16, 2016, Tsai was elected with 56.12 percent of the vote against Chu’s 31.04 percent (with James Soong of the People First Party coming third with 12.84 percent). In the same elections, the DPP gained a majority of seat in the Legislative Yuan, Taiwan’s parliament, for the first time in the nation’s democratic history.

Over the following four years, the KMT struggled to remain relevant and remained incapable of, and perhaps uninterested in, reinventing itself so as to make itself more appealing to younger generations of Taiwanese. This lack of direction resulted in the selection of an outlier as its candidate in the 2020 presidential elections. Until then, Han Kuo-yu had not been a recognizable brand in national politics. However, by tapping into grievances at the grassroots and supposedly giving a voice to those who felt that the country’s two main political parties had abandoned them, Han first succeeded in getting elected major of the southern port city of Kaohsiung in November 2018. Riding on a “wave” of popularity fueled by populist tactics similar to those which had successfully gotten Donald J. Trump elected in the United States, Han for a while presented a seemingly unstoppable challenge to the incumbent, who following her party’s defeat in the November 2018 local elections even faced a challenge from within her own party for the 2020 elections. Han’s instincts empowered a segment of Taiwan’s polity that had hitherto remained uninvolved and tapped into conservative forces that rejected the liberalism proposed by the Tsai administration, of which the legalization of same-sex marriage was the principal example. Ultraconservatives, retired military personnel and civil servants who had seen their pensions cut amid necessary reforms implemented by the Tsai administration, as well as pro-Beijing elements within Taiwanese society and influential factions within the KMT, such as Huang Fu Hsing and the Hongmen secret society, all rallied around Han. In the lead-up to the elections, the high emotions which the Han campaign awakened also resulted in an unprecedented number of threats against his critics—including against members of his own party—and possible interference by the CCP, which ostensibly had high hopes for a Han presidency.

Han, however, soon ran into difficulties. His erratic style was his worst enemy, and over time the “elite” within the KMT, particularly in the northern parts of Taiwan, abandoned him. While the mainstream party’s refusal to mobilize for Han undermined his chances at the polls, that decision would also have serious ramifications for the party by exacerbating the divide between the traditional KMT and those who felt that the party had abandoned them. Here again, the dynamics involved were similar to the split that had occurred within the Republican Party in the United States, where a substantial segment of Republican voters felt that the mainstream conservative wing of the party had lost touch with the grievances of hardworking ordinary Americans, while their country was being assailed by liberal conspiracies.

By election night, therefore, Han had sparked a movement in Taiwan that had had enough with traditional politics. Even his defeat to Tsai, who obtained 57.13 percent of the vote and a record-high 8.17 million ballots (against Han’s 38.61 percent), and his subsequent recall as Kaohsiung mayor a few months later, failed to arrest the forces that he had unleashed.

When Johnny Chiang stepped in as KMT chairman in March 2020, he received a party that was split in half, the traditional base struggling to regain its footing, against a revanchist wing that felt betrayed by party elders and clamoring for a new direction. This divide also created opportunities for the CCP, which even during the Ma presidency had concluded that the mainstream KMT was unable, and perhaps unwilling, to act as a partner toward the “peaceful” unification of Taiwan with the People’s Republic of China. Picking up after the arguably lackluster Wu Den-yih as head of the party, Chiang initially led some observers (this writer included) to conclude that he might be the politician under whose leadership his party could be rejuvenated and whose policies would be better aligned with trends in the Taiwanese polity so as to make the KMT more electorally viable. Early in his tenure, for example, Chiang even suggested that the “1992 consensus,” which Beijing has set as a precondition for the resumption of dialogue across the Taiwan Strait and a cornerstone of the KMT’s cross-Strait policy since the Ma presidency, might need to be reassessed.

Chiang, however, soon got caught in his party’s crosscurrents, leading to what I described in a previous piece as “schizophrenic” behavior. As various forces pushed and pulled Chiang in different directions, under his guidance KMT policies became more and more vacillatory and self-contradictory; the only constant seemed to be an unwavering opposition to whatever policy the Tsai administration adopted, including its highly successful response to the coronavirus pandemic.

The KMT’s current aimlessness is not so much Chiang’s fault as the outcome of irreconcilable dynamics within a party that has yet to decide which direction it wants to move. Even with the best intentions, Chiang does not have sufficient gravitas within the party to impose his will. His relatively young age and Taiwanese “ethnicity” (as opposed to the predominant “mainlander” faction) have also severely handicapped his ability to steer the party toward the reform that is needed to make the KMT a politically viable party again. Over time, this paralysis has exacerbated discontent among longstanding party voters, making a substantial portion of them more amenable to the emergence of nontraditional leadership—in other words, to politicians in the Han Kuo-yu mold.

In this context, the greatest challenge to Chiang’s chairmanship, which is up for re-election later this year, has emerged from a controversial TV personality who hails from the pro-unification New Party, a fringe party of which he was co-founder. Earlier this month, the seventy-year-old Jaw Shaw-kong, a rising star in the KMT’s “anti-Lee Teng-hui faction” in the 1990s, announced that he was rejoining the KMT and wished to enter the race for party chairman. According to party rules, to run for chairman a candidate must have been a KMT member for at least one year and to have served on the party’s Central Advisory Committee or Central Standing Committee. No doubt under great pressure, Chiang announced in early February that after the Lunar New Year holiday, Jaw, a staunch unification supporter, would be appointed to the party’s Central Advisory Committee. In a statement, Chiang said that Jaw’s participation would “strengthen the KMT’s power, social support and influence and would be “deeply meaningful for the unity of pan-blue forces.”

It remains to be seen whether the KMT will be willing to revise its laws and allow Jaw to run for party chairman, a bid which has received the backing of no less a figure than the Huang Fu Hsing-backed Han Kuo-yu. Regardless, this development presages the “New Party-ization” of the KMT and greater influence by pro-unification elements in the blue camp. With support for unification at a historical and single-digit low in Taiwan, a shift in that direction—which a Jaw chairmanship would consolidate—would signify that the KMT has abandoned all efforts to reinvent itself as a party that can challenge the DPP in the democratic battlefield. Instead, what risks emerging is a political force that is further aligned with the CCP and whose principal role is that of a disruptor in Taiwanese politics, possibly working in conjunction with other, smaller pro-unification parties like the New Party, the triad-aligned China Unification Promotion Party and the Red Party Taiwan. Jaw’s emergence as party chairman would arguably make the KMT less appealing electorally—especially among Taiwan’s youth—and could conceivably lead to the creation of a more “localized” and pro-democracy splinter wing.

Taiwan’s KMT is at a crossroads. In the coming months, and as China exerts immense pressure on Taiwan, the party will have to make a choice between becoming a more viable participant in Taiwan’s democratic experiment (certainly the preferred option) or wrecking ball.

J. Michael Cole is a Taipei-based senior fellow at the Macdonald-Laurier Institute.