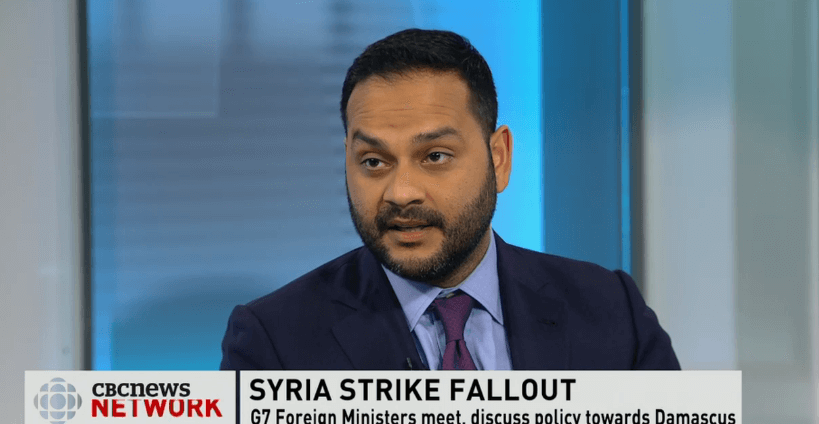 The United States’ launch of airstrikes against Syria is a long-overdue first step to standing up to the crimes of Syrian President Bashar al-Assad, MLI Munk Senior Fellow Shuvaloy Majumdar told CBC.

“What the American administration does changes the rules on the ground”, says Majumdar. “It is, as many have noted, a bit of a game changer”.

Assad, says Majumdar, “is the biggest killer in Syria, 10 to 12 times that of what ISIS has been doing”.

Trump Channels Obama on Deterrence in Syria: John Mitton for Inside Policy

NAFTA’s “promise doctrine” decision a win for Ottawa, but a loss for Canadians: Richard Owens in the Financial Post

NAFTA's "promise doctrine" decision a win for Ottawa, but a loss for Canadians: Richard Owens in the Financial Post