No, supporting academic freedom is not racist: Nahon-Serfaty for Inside Policy 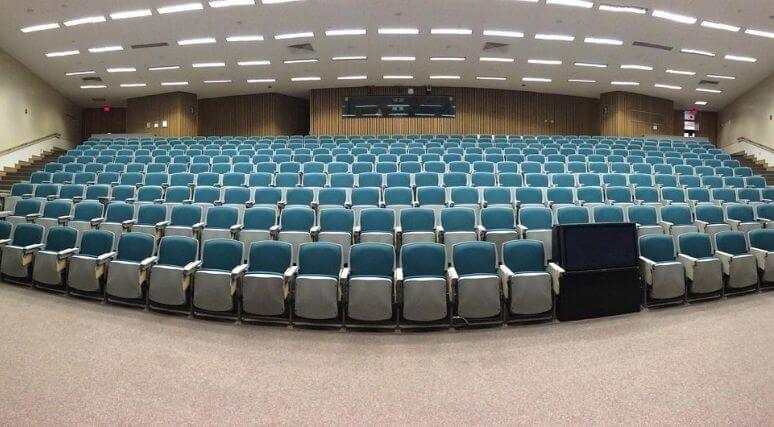 The actor, comedian and director John Cleese said recently that political correctness is actually a big misunderstanding. Cleese added: “The problem is to see what is happening without perspective. That’s a limitation. I understand the need to be kind with our fellow humans, but not to the point to treat others as no one wants to be treated, thus, like an idiot. I think we are living in a more tolerant society, but an unhappier one.”

This kind of misunderstanding is evident when it comes to recent debates about academic freedom in Canadian universities. The publication of the University of Ottawa’s academic freedom report has led to a very narrow reading on the content and recommendations of the Committee on Academic Freedom, chaired by former Supreme Court Justice Michel Bastarache.

Some of the media coverage about the report, as in the case of the CBC, has highlighted the now- infamous “N-word” incident as the main trigger of all the controversy. Other commentators insist that the main issue at stake is the right of professors to say the “N-word.” This myopic focus on this single word does a great disservice to what should be a reasonable debate about the limits of academic freedom.

The association representing full-time professors at the University of Ottawa, known as APUO, further contributed to the misunderstanding by signalling in a recent declaration that the current debate about the report “reflects, in part, the report’s failure to adequately acknowledge the intersections between academic freedom and racism, and, especially, how the former can contribute to the latter. Left unaddressed, this blind spot can function as a barrier to our collective capacity to challenge the remaining colonial and racist legacies that continue to permeate academia.”

This is a dubious claim, for several reasons. First, there is a conceptual and moral overlapping in the APUO’s statement that is highly questionable. There is no “intersectionality” between academic freedom and racism; academic freedom is not a social category, but a moral concept. Defending academic freedom does not imply a defence of racism or another form of discrimination.

Second, the Bastarache report actually says the opposite of what APUO claims. The report states, “The University must respect academic freedom and combat racism. This is difficult because the University cannot ignore history, the impact of systemic racism during certain periods, and sensitive reactions when certain words or events are referred to. The University must take into account societal changes in Canada and the makeup of the University community.”

Far from downplaying the importance of combatting racism, the Bastarache report takes a balanced and reasonable approach, recommending a compromise between the protection of academic freedom – a principle upon which the very mission of the university is based – and the need “that a diversity and inclusion training program should be established, along with a personal consultation service for faculty members.”

As noted in the report, “The Committee is therefore against the exclusion of words, works or ideas in the context of respectful academic presentations and discussions whose educational goal is to promote the dissemination of knowledge.” Yet its recommendations also emphasize the importance of applying the Canadian constitutional and legal framework that protects people against hate speech, racism and defamatory statements.

Nevertheless, in addition to the APUO’s bizarre interpretation, there are other tendentious and distorted readings of the report that can be called “racist,” or at least “racialized.” The premise of these readings is simplistic and, frankly, defamatory. According to some people, if you support the recommendations of the Bastarache report, you are either a racist white professor or, at least, support the use of racist terms in the classroom (because you are “a white professor,” as stated by some uOttawa professors). If this is not overt prejudice, what would be?

Others, such as the president of the university student union, Tim Gulliver, said incorrectly that the report on academic freedom “completely ignored” student perspectives. This is an odd claim given that Appendix C of the report contained a summary of the point of view presented by the University of Ottawa Student Union (UOSU), presided by over Gulliver. Appendix B also contained several testimonials and views from 36 students who submitted briefs to the committee.

Unfortunately, Appendixes B and C were later removed from the report – after Gulliver expressed his dissatisfaction with the recommendations of the committee – because of internal pressures, including complaints on Twitter from one member of the committee about Appendix B’s lack of accuracy and “many factual mistakes.” The committee later explained that they removed the appendices to protect the core recommendations of the report that support protecting academic freedom.

But the crux of the misunderstanding was Gulliver’s assertion that the report represented an “attempt to use academic freedom to legitimate racism in the classroom.” This is highly misleading. On the contrary, the report states clearly: “The Committee recommends that the administration establish an action plan not only to fight racism and discrimination, but also cyberbullying – a constantly increasing threat to both freedoms that is more and more difficult to keep in check.”

These disingenuous interpretations of an entirely report have helped foster a toxic social and intellectual climate that prevails today at the University of Ottawa – just as it does at countless other institutions across North America. To combat it requires the university leadership to state clearly and unequivocally that academic freedom remains the central pillar of the university’s mission, and call for a respectful debate among professors, employees and students about the implications of the Bastarache report’s recommendations. The future of a free and autonomous university is at stake.

Isaac Nahon-Serfaty is Associate Professor in the Department of Communication at the University of Ottawa and writes the multilingual blog Critical Éducation Critique.